Some fashion brands are cleaning house, pushing out leaner collections, during this season of hopeful relaunch while the new creative director of Missoni, Alberto Caliri said he didn't see any kind of change in reality.

Five days of womenswear presentations have dissolved into more online presentations as Milan Fashion Week has begun to tail off, and the fashion crowd has prepared to decamp for Paris.

The excitement of live runway shows, the return of celebrities and the blast of fashion parties energised Italy’s fashion capital for the first time in 19 months, with crowds of young fashion lovers gathering outside of venues to breath the aspiration.

Some fashion brands are cleaning house, pushing out leaner collections, during this season of hopeful relaunch. But any deep change of pace is hard to see.

“I don’t see any kind of change in reality,’’ said the new creative director of Missoni, Alberto Caliri. “It is a bit like someone who says they are giving up fried food, but then in a week is back to eating it again. There is a lot of talk but little action.”

Perhaps some of that is due to the sheer desire to be out in the world again.

“Fashion is human handiwork. It has a great storytelling capacity,’’ Michele said.

On this rainy Sunday morning, the fashion crowd filed into a richly upholstered movie theatre for a full-immersion runway show by Francesca Liberatore, combining real models, hologram images and a film projected on the main screen.

The diaphanous looks borrowed richly from the Renaissance, from the flowing trains, puffy sleeves and draping. Organza, ruching and ruffles create a romantic mood, while latex touches bring the looks down to earth.

They included a slit-back coat that lifted with each step and body-hugging trousers.

Organza, representing romance, was constantly grounded by more modern elements. A white organza dress was wrapped over a black minidress. A ruched mini dress becomes poetic with a generous organza skirt in umber and built-in cape in heather blue. A transparent organza coat with a delicate ruffle was paired with matching see-through trousers that were worn over high-waisted panties, leaving the bosom free. Another delicate organza dress appears ripped open, a violent gesture that revealed a black garment below.

Liberatore was eager to resume a live experience to preview her collection, while embracing elements from the digital world that became a critical link with the world during periods of lockdown and isolation.

“All that we experienced has made us understand that, in reality everything can crumble in front of our eyes,’’ Liberatore said. “Here, you have lived the world that has melted down. After that, there is a moment of fear, during which we are unstable. We don’t touch the ground anymore.”

She took inspiration from figurative paintings representing the four Christian evangelists as a lion, an eagle, a bull and an angel in the apse of St. Michael’s church in Ferrara. The deconsecrated church, originally built in the Middle Ages and reconstructed in the Renaissance, is the permanent home of works by sculptor Bruno Liberatore, the designer’s father.

“I was the first to look to rise up, to completely change pace,’’ the designer said. “So the beautiful thing with this new adventure was to have bought together with my family the Saint Michael church in Ferrara, to create a cultural center, a mix between art and fashion.”

The Missoni brand has turned a creative page, tapping a long-time member of Angela Missoni’s team to replace her as creative director.

The shift to a more youthful, hip vibe was immediately apparent in Alberto Caliri’s first collection. There was still plenty of fine colourful knitwear for longtime aficionados of the brand, including long floor-sweeping dresses, sexy crop tops and jumpsuits. But the silhouette was bolder than usual, decidedly young and easy to envision at the hippest of beach parties.

Bra tops peeked out of asymmetrical dresses with large cutouts; intricate beading mimicked knitwear patterns on halter tops; silvery bathing suits with floral details were worn with loose trousers. A bikini top had a long trailing train, worn with jeans, for a perfectly updated hippie look. Missoni also picked up on a season trend: straight mini skirts with skimpy bandeau tops, this one in leather with the Missoni logo repeated.

Caliri said he incorporated Angela Missoni’s view of femininity with her mother Rosita Missoni’s bold sense of colour, including papaya, coral and yellow.

The new Missoni woman is someone sure of herself, who takes minimum fuss to get out of the door in the morning.

“My job was to trim out all that was possible, to make it the most precious and evidently Missoni,’’ Caliri said. “I think any woman would find a piece in this collection.” 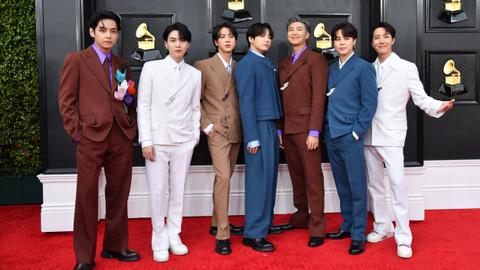