The idea for an Academy Museum of Motion Pictures was first floated nearly a century ago, and its current futuristic incarnation has been beset by delays.

Los Angeles' long-awaited museum dedicated to the magic of movies will open this year and feature tributes to the late Kirk Douglas.

The idea for an Academy Museum of Motion Pictures was first floated nearly a century ago, and its current futuristic incarnation has been beset by delays.

On the eve of the Academy's flagship event – the Oscars – a nearly completed site was opened to journalists on Friday, showcasing a gleaming sphere made of glass, steel and concrete containing a state-of-the-art 1,000-seat theatre.

The orb-like structure – designed by Renzo Piano "as if it were floating" to symbolise "the fantasy and magic of the movies" – is connected by sky bridges to a converted department store housing the main galleries.

Among the 13 million photographs, scripts, costumes, props and more in the Academy's collections are Judy Garland's ruby slippers from "Wizard of Oz," Bela Lugosi's cape from 1931's "Dracula" – and items related to Douglas.

"We're close with the Douglas family. We have artefacts related to Kirk, his story will be in the museum," director Bill Kramer told AFP.

The items "will be weaved throughout the stories of cinema" in the galleries.

Douglas, one of the last superstars of Hollywood's golden age of cinema and renowned for his intense, muscular performances in "Spartacus" and "Paths of Glory," died Wednesday aged 103.

Kramer added: "When people pass, this is a home to help tell their stories, and we are committed to doing that."

Construction is "substantially complete" with galleries and exhibitions starting to be installed.

The opening show will be the first-ever US retrospective of Studio Ghibli work from Japan's Hayao Miyazaki, whose animation masterpieces include the Oscar-winning "Spirited Away."

In a nod to the Hollywood diversity row highlighted by the #OscarsSoWhite campaign, that show will be followed by an exhibition on the history of black cinema.

"We want to tell complete, diverse, inclusive stories in this museum," said Kramer.

Addressing criticism of this year's Oscars, which saw only one non-white acting nominee, he added: "We can only help, and we pledge to tell complete stories."

The museum's initial fundraising goal of $388 million has been 95 per cent reached, with the final cost of the project yet to be released amid rumours of spiralling over-spending.

"Any new project has twists and turns," said Kramer. "None of them were completely unexpected." 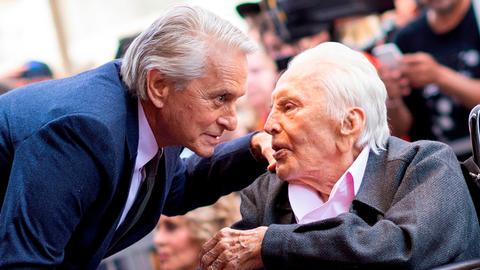