The three-time Grammy award winning singer-songwriter, famous for her songs such as "Hips Don't Lie", "Whenever, Wherever", "Underneath Your Clothes" and 2010 FIFA World Cup song "Waka Waka (This Time For Africa)", has sold over 80 million records.

Colombian pop superstar Shakira has become the latest artist to sell the rights to her catalogue of 145 songs to London-listed Hipgnosis Songs Fund, as the coronavirus crisis crushes concert earnings.

The three-time Grammy award winner, famous for her songs such as "Hips Don't Lie", "Whenever, Wherever", "Underneath Your Clothes" and 2010 FIFA World Cup song "Waka Waka (This Time For Africa)", has sold over 80 million records and has a strong following on music streaming platforms Spotify and YouTube.

The pandemic has all but shut down live concert earnings and a growing list of musicians have sought to monetise their back catalogues. Bob Dylan sold his back catalogue last month and he has been followed by others, such as Neil Young.

A surge in online music streaming, which has sent several old hits back to the top of today's charts, has added to the draw for investors. JP Morgan said Hipgnosis was an attractive investment given its long-term revenues due to copyright laws.

' I wrote to make sense of the world'

"At eight years old, long before I sang, I wrote to make sense of the world," Shakira, 43, said in a statement.

"Each song is a reflection of the person I was at the time that I wrote it, but once a song is out in the world, it belongs not only to me but to those who appreciate it as well," she said. "I know Hipgnosis will be a great home for my catalogue."

The specialist investment firm did not disclose financial details of the deal, which is Hipgnosis' most recent after others this year with Neil Young, Fleetwood Mac guitarist Lindsey Buckingham and record producer Jimmy Iovine.

Bob Dylan sold his back catalogue to Universal Music Group in December.

Hipgnosis founder Merck Mercuriadis hailed the deal with Shakira, calling her "the Queen of Latin Music."

"What no one should ever take for granted is that she is one of the most serious and successful songwriters of the last 25 years, having written or co-written virtually every song she has ever recorded," he said.

READ MORE: Shakira to be questioned in June over alleged tax fraud 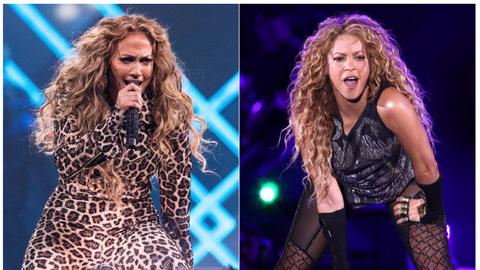