Tie-dyed pilgrims and white-haired Woodstock festival veterans converged at the generation-defining site to celebrate its 50th anniversary, while Arlo Guthrie came back to sing — what else? — "The Times They Are a-Changin'."

Bethel Woods Center for the Arts is hosting a series of events Thursday through Sunday at the bucolic 1969 concert site, 130 kilometres northwest of New York City.

Guthrie, an original Woodstock performer, played an evening set atop the famous hill, but said he also wanted to play at least one song near where the 1969 stage was located. Picking up a guitar, he sang the Bob Dylan classic for a group of reporters gathered on the grass under the wilting afternoon sun.

"It was a great time," Guthrie told reporters, his long white hair flowing from a straw hat. "For me, the Woodstock festival was a celebratory end of an era. It was not the beginning of anything. It was the end of something, and it was an end of a very turbulent time that was also very wonderful."

There won't be overcrowding and chaos this time. Visitors need event tickets and travel passes to drive to the site through the weekend. But the site was buzzing by the afternoon, with people stopping by the on-site museum and the monument near the stage area.

"This is like a pilgrimage. Coming back to the holy land," said Glenn Radman, a 67-year-old New Milford, Connecticut, resident stopping by the monument with his friend.

Radman was at the festival 50 years ago, as was 75-year-old Roger Dennis, an Ithaca, New York, resident who was making his first visit since that famous weekend.

"I was here 50 years ago right on this day, and it was one of the most powerful experiences of my life. And I just had to be back here," Dennis said, standing by the monument.

Dennis went to the concert with his brother and turned 26 years old that Sunday. His brother died years ago, which made the visit Thursday a bit melancholy.

"But the memories the energies of this festival were just unbelievable," he said. "And I feel that."

Access to the field is usually open, but Bethel Woods is setting restrictions this weekend to avoid a repeat of the chaos that engulfed the site in 1969.

Guthrie's evening performance drew a crowd heavy on baby boomers, many with psychedelic-print shirts. In contrast to the 1969 show, there were plenty of seats and well-stocked vendors selling food, wine and beer.

Guthrie's show was to precede a screening Thursday night of the Woodstock documentary at an amphitheatre on the site.

Photographers like Henry Diltz are exhibiting their festival shots for the anniversary and other places are hosting musical performances, but this site holds a special place for many music fans.

"Being here reminds me of what it's like to feel differently," said Helen Rothberg, "to live in a community, to feel joy." 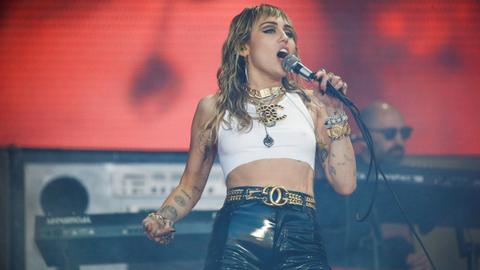