Earlier this week, Afghan President Ashraf Ghani ordered the release of 500 Taliban prisoners as part of a three-day ceasefire during the Eid al Adha holiday.

The Afghan government has released over 300 Taliban prisoners on Sunday as part of ongoing peace efforts on the third and final day of a ceasefire with the militant group.

The Office of the National Security Council (ONSC) said on Twitter that the government had released 317 more Taliban prisoners from Parwan and other provincial prisons, bringing the total to 4,917.

Prisoner releases will continue until the total reaches 5,100 – 100 more than required by the US-Taliban peace deal signed in February, it said.

Correction: bringing the total to 4917*

The Taliban said they have already completed their part of the prisoners' swap by releasing 1,000 captive security forces.

The insurgents announced a surprise cease-fire during the three-day Muslim Eid al Adha festival that started on Friday.

The Afghan government reciprocated the move with President Mohammad Ashraf Ghani pledging to wrap-up the troubled prisoner swap with the Taliban and urging them to get ready for talks in a week.

"While it is a significant step, the Afghan people ask for a permanent cease-fire and imminent start of direct negotiations between the Afghan government and the Taliban," said a statement issued by the president's office.

Mawlawi Hibatullah Akhundzada, the leader of the insurgents in Afghanistan, in his traditional message this year asserted that the group was "on the threshold of establishing an Islamic government" in the war-ravaged country.

"Our clear message remains that we are not looking for monopoly over power, said Akhundzada in the message published by the group’s propaganda site, al Emarah.

This comes as fresh figures by the UN say raging violence in Afghanistan caused 3,458 civilian casualties, with 1,282 killed and 2,176 injured, in the first half of 2020.

Civilian casualties attributed to government forces increased by 9 percent to 23 percent of the total number of civilian casualties – 789 people – in the first half of the year, with 281 killed and 508 injured.

Since signing the US deal in February, the Taliban have largely refrained from attacking cities and have not hit US troops.

But they have conducted near-daily attacks on Afghan forces and civilians.

Many Afghans are leery about what comes next.

After two previous truces – in 2018 and May this year – the Taliban immediately returned to the battlefield.

"The Taliban can't be trusted because they announce ceasefire for Eid and after Eid they step up attacks," said Anwaruddin, 40, a resident from the southern province of Kandahar.

"If the Taliban were serious, they should have entered talks with Afghan government months ago."

READ MORE: Afghanistan: A graveyard of empires, or of its own people? 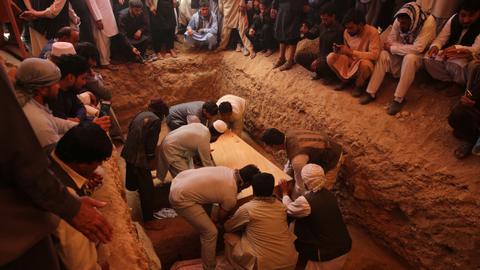 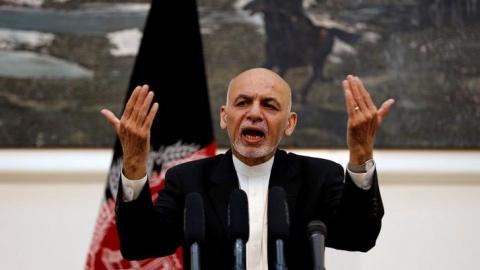