Shia Muslim community in Kandahar accused the Taliban of not taking necessary security measures at mosques, expressing concern about their safety after two bomb attacks targeted the minority group in two weeks.

"We are very worried. The security of the majority of people may have been ensured, but the situation has become very bad for minorities. Especially the Shia Afghans in Kandahar are in danger,” a resident, who did not want to give his name for security reasons, told Anadolu Agency on Sunday.

The Daesh terror group claimed responsibility for a deadly mosque attack that killed at least 47 people and wounded dozens in the southern Kandahar city on Friday.

The attack on the Fatimiya mosque was carried out by two suicide bombers, according to a statement circulated by the terror group on social media.

It came a week after another bomb attack killed 46 people at a Shia mosque in the northern Afghanistan province of Kunduz. This attack was also claimed by Daesh terror group.

'We are concerned about our safety'

Several Afghans at the Fatimiya mosque accused the Taliban of not taking necessary security measures, while others said that there was no negligence, reports Anadolu Agency.

They told the news agency that the aim of the attack was to fuel a sectarian war in the country, adding that they would not stop visiting the mosque hit by explosion.

Raza Karimi, who was at the mosque at the time of attack, said:

“Afghan Shias must protect themselves and increase their security measures. We are concerned about our safety. If the Taliban want to be a government, they must ensure our security without discriminating between Shia and Sunni.”

"I cannot describe this attack as a negligence ... It is a very new government. If they (Taliban) had been in the government for a few years and this incident had happened, I would have called it a negligence."

Taliban pledge to step up security

On Saturday, Taliban authorities pledged to step up security at Shia mosques as hundreds of people gathered to bury the victims of the second attack on worshippers.

The head of Kandahar police said units would be assigned to protect the mosques which have so far been guarded by local volunteer forces with special permission to carry weapons.

"Unfortunately they could not protect this area and in future we will assign special security guards for the protection of mosques and Madrasas," he said in a statement posted on Twitter by a Taliban spokesman.

Attacks on Shia mosques and targets associated with the Hazara ethnic minority, who make up the biggest Shia group in Afghanistan, were regular occurrences under the former Western-backed government.

There has been deep shock as the attacks have continued since the Taliban seized power in August, tarnishing the movement's claim to have brought peace to Afghanistan after decades of war. 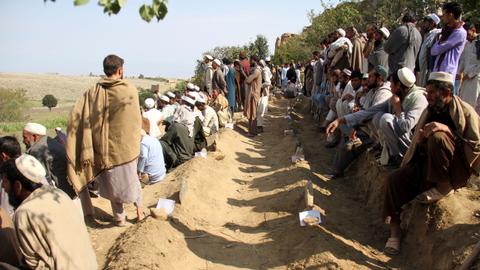 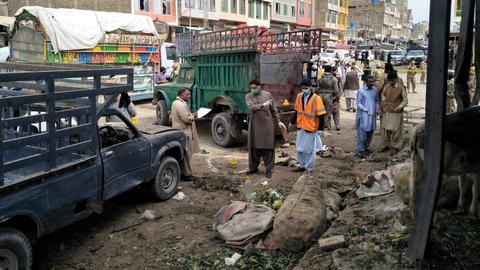