Foreign ministry spokesman Mohammad Faisal says the Christian woman, who is currently at an undisclosed location for her own safety, is free to leave Pakistan and seek asylum abroad.

Asia Bibi, the Pakistani Christian woman whose acquittal was upheld this week in a blasphemy saga that made her a prime target for hardliners, is still in the country and "free to go abroad," the foreign ministry said on Thursday.

"To the best of my knowledge, Asia Bibi is still in Pakistan," foreign ministry spokesman Mohammad Faisal told reporters in Islamabad during a weekly press briefing.

As religious hardliners announced renewed protests demanding her execution, officials said she was free to go abroad, with speculation rampant that she will seek asylum in Europe or North America.

Asia Bibi, a labourer from central Punjab province, was convicted of blasphemy in 2010 and was on death row until her acquittal last year.

Her case swiftly became the most infamous in Pakistan, drawing worldwide attention to religious extremism in the country where blasphemy is an incendiary issue.

Since her acquittal, she has been in protective custody, with authorities refusing to reveal her whereabouts out of fear for her safety.

I just spoke with Pakistani Prime Minister, @ImranKhanPTI , on the Asia Bibi case. I thanked him for the excellent cooperation on this sensitive issue. I stand ready to support Pakistan's efforts to ensure that Asia Bibi can start a new life in safety with her family. pic.twitter.com/BuMDknoJiG

On Tuesday, the Supreme Court cleared the final legal hurdle in her case, throwing out a petition seeking an appeal against her acquittal.

The decision spurred calls for protests from Pakistan's hardliners who have demanded Asia Bibi's hanging and set the stage for her to leave the country. Her daughters are believed to have already fled to Canada.

Two politicians have been assassinated in connection with Asia Bibi's case, and she spent much of her time in prison in solitary confinement for fear she could be attacked by a guard or another prisoner.

Activists have warned that her life is in danger if she remains in Pakistan.

Tehreek-e-Labaik Pakistan (TLP), the religious group which led protests after Asia Bibi's acquittal, has called for nationwide protests on Friday demanding her execution.

The group also announced protests for Wednesday after the Supreme Court's decision was announced, but small rallies in some cities fizzled out amid a heavy police presence.

TLP's leaders—who paralysed the capital Islamabad for weeks in 2017 with an anti-blasphemy sit-in—were rounded up in a government crackdown weeks ago and remain in detention. 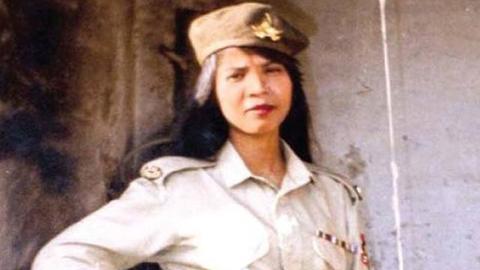