Tens of thousands of people fled their homes in high-risk areas ahead of the category 5 storm's arrival due to major flooding and landslide risks.

Typhoon Mangkhut has left at least 12 people dead in the northern Philippines, mostly in landslides and houses that got pummelled by the storm's fierce winds and rain, an official said on Saturday.

Presidential adviser Francis Tolentino says the dead included an infant and another child who were among four people killed in a landslide in Nueva Vizcaya, one of several provinces battered by the typhoon on Saturday.

Tolentino says that at least two other people are missing and that the death toll could climb to 16 once other casualty reports are verified.

He says about 87,000 people evacuated from high-risk areas have been advised not to return home until the lingering danger has passed.

Mangkhut slammed ashore before dawn on Saturday in Cagayan province in the northeast and is on target to hit southern China on Sunday.

The extent of the storm's destruction began to emerge later on Saturday, with reports of rain-soaked hillsides collapsing, torrents of out-of-control floodwaters and people being rescued from inundated homes.

Just over 105,000 people fled their homes in the largely rural, agricultural region, seeking to escape the fury of the massive typhoon.

Mangkhut was packing sustained winds of 170 kilometres per hour and gusts of up to 260 km per hour as it left the Philippines.

Richard Gordon, chairman of the Philippine Red Cross, has the latest from Manila.

As the powerful storm left the Southeast Asian archipelago and barrelled towards densely populated Hong Kong and southern China, search teams in the Philippines began surveying the provinces that suffered a direct hit.

"We believe there has been a lot of damage," said Social Welfare Secretary Virginia Orogo as thousands of evacuees took refuge in emergency shelters.

An average of 20 typhoons and storms lash the Philippines each year, killing hundreds of people and leaving millions in near-perpetual poverty.

Tens of thousands of people were evacuated from coastal areas of the Philippines following major storm surge warnings.

A landslide blocked a major highway outside Baguio on Saturday, the city's mayor said, while flooding was reported in several provinces and parts of the capital Manila.

Authorities in some areas of northern Luzon turned off power as a precaution, and said some residents in high-risk areas chose to ride out the storm to protect homes from looters.

Rogelio Sending, a government official in Cagayan, where the storm first made landfall, said there were province-wide power and communication outages and reports of uprooted trees blocking roads.

"This makes the clearing operations really difficult," he said by phone.

The Philippines is still haunted by the devastation of Typhoon Haiyan, which killed more than 6,300 people in central areas of the country in 2013, most due to huge storm surges.

But authorities say they were better prepared this time in terms of evacuating and informing high-risk communities.

"I talked to the president last night. His clear and concise marching order was 'Save lives, save lives,'" said Francis Tolentino, the government's disaster response coordinator and adviser to Philippine President Rodrigo Duterte. 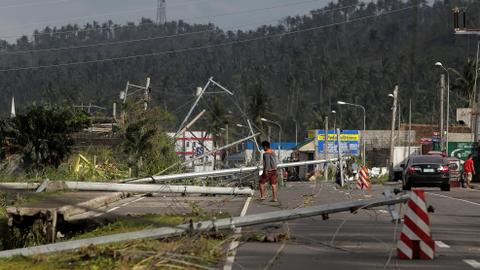 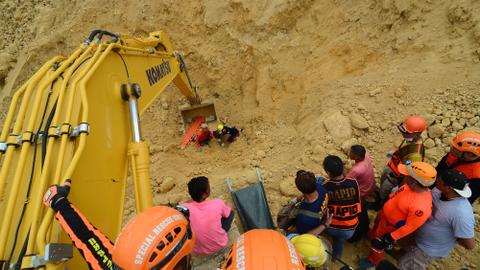 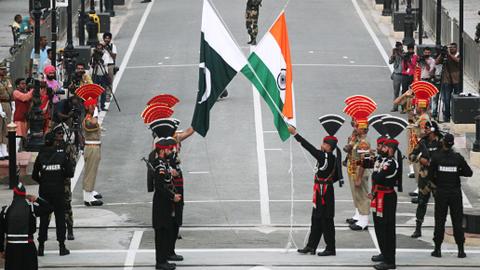