British police whisked away WikiLeaks founder, Julian Assange from the Ecuadorian Embassy where he was holed up for nearly seven years.

Australia said on Friday it would oppose the death penalty for Julian Assange if he's extradited to the United States, as protesters in Sydney called for his release and Australia's journalists' union voiced its strong support for him.

The Australian WikiLeaks founder was arrested on Thursday in London's Ecuadorian Embassy and the judge found him guilty of breaching his bail conditions. He faces a US charge of conspiring to reveal government secrets.

Prime Minister Scott Morrison said any extradition plans had "nothing to do with Australia," and that Assange would receive only standard assistance from Australian consular officials.

The 47-year-old would have to face the consequences of any breach of the law in foreign jurisdictions, Morrison said.

Foreign Minister Marise Payne, however, responded to fears from Assange's supporters over his possible punishment in the US, saying Australia is "completely opposed to the death penalty."

She said Britain had sought assurances from the US that Assange would not be exposed to the death penalty if he was extradited.

"The extradition process itself is a matter between the United States and the United Kingdom, but we have also been provided with that advice from the UK," Payne told reporters.

"Australia ... is completely opposed to the death penalty and that is a bipartisan position and one which we have continued to advocate."

March in support of Assange

Signs of support for Assange emerged in his home country on Friday, where about 30 people marched in central Sydney after gathering outside the British Consulate and calling for the release of a figure they regard as a crusader for truth, and freedom of speech.

Holding signs with messages including "Free Assange — No US extradition," they chanted: "Free the truth; Free Assange; Don't shoot the messenger."

Another march in support of Assange was due to take place in Melbourne later on Friday.

The union's Federal President Marcus Strom said Assange was being pursued for "acts of journalism." Pointing out that WikiLeaks had in 2011 been bestowed with Australian journalism's highest honour, the Walkley Award, Strom said Assange's case was a press freedom issue.

"Julian Assange is being pursued over acts of journalism committed by WikiLeaks ...and that was revealing information that was clearly in the public interest, around atrocities and possible war crimes committed in Iraq and Afghanistan," Strom told the Australian Broadcasting Corp.

Strom said those reports had been published in newspapers such as the New York Times, Britain's the Guardian, and in Australia in the Sydney Morning Herald and the Melbourne Age.

"So on those grounds it becomes a press freedom issue," he said. "It's not a personal issue about Julian Assange."

Strom suggested there'd been less than universal support from journalists for Assange because "as a personality, he's clearly a divisive figure."

"But now that ... the issues are around questions of journalistic principle, people will gain a stronger voice to stand up and call for Julian Assange to be released."

Assange's mother, Christine Assange, took to Twitter to call for police and prison and court staff to be gentle with her son.

She tweeted he had been "8 years detained WITHOUT charge," and for six years had been "deprived fresh air, exercise, sun," for three years had been "sick/in pain denied proper medical/dental care" and for one year he'd been "isolated/tortured."

"Please be patient, gentle & kind to him," she said.

Assange took refuge in the Ecuadorian Embassy in London in 2012 after he was released on bail in Britain while facing extradition to Sweden on sexual assault allegations that have since been dropped.

He refused to leave the embassy, fearing arrest and extradition to the US for publishing classified military and diplomatic cables through WikiLeaks.

Morrison confirmed Assange would receive "normal" consular assistance following a request put by his legal team to the Australian High Commission in London.

"It's the normal consular support that is provided by our missions overseas for people who are going through justice systems," he told Australia's Channel 7 television network.

When Australians go overseas and if they violate other countries' laws, then obviously they have to face the process for those alleged actions.

"He won't be getting special treatment from Australia. He will be getting the same treatment that any other Australian would get in those circumstances," Morris on said.

A Swedish software developer was arrested in Ecuador as part of a probe into Assange’s alleged efforts to stave off his eviction from the country’s embassy.

A senior Ecuadorian official said Ola Bini was arrested on Thursday at Quito’s airport as he was preparing to board a flight for Japan.

Authorities haven’t presented any charges against Bini but the official said they are looking into whether he was part of a possible effort by Assange and Wikileaks to blackmail President Lenin Moreno. 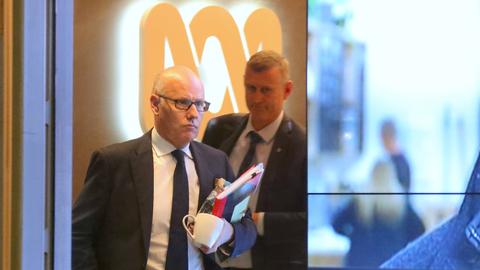