A two-day airport closure last week caused some tourists to cancel their travel plans, and about 10,700 foreign and 6,400 domestic tourists have also left Bali.

Indonesia's most sacred volcano has sent plumes of ash into the sky for almost two weeks.

Flights have been cancelled, holidaymakers are changing their travel plans and thousands of Balinese have evacuated their homes.

But thousands of residents still remain in a 10km danger zone around the volcano, reluctant to leave for religious reasons or unwilling to abandon homes and livestock.

And as TRT World's Mark Gay reports the situation is having a negative impact on tourism. 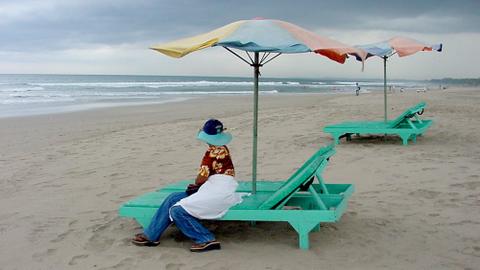