Rain-swollen rivers in Bangladesh broke through at least four embankments, submerging dozens of villages and doubling the number of people fleeing their homes overnight to 400,000 in one of the worst floods in recent years, officials said on Friday.

At least 30 people have been killed since the floods began last week.

“The government has opened more than 1,000 temporary shelters but due to deep waters and lack of communications, many people aren't able to reach them," Raihana Islam, an official in the flood-afflicted district of Bogra, said.

Islam said scores of people had instead camped on embankments, railway lines and highways, where traffic has come to a standstill.

Aside from concern over crops, authorities are also worried that rising floodwaters could take a toll on livestock.

South Asia receives monsoon rains between June and October that often lead to floods later in the season, but the intensity of the deluge in Bangladesh is uncommon.

“The severity of the flood of this year is worse compared to recent years,” Ariful Islam, an executive engineer of Bangladesh Water Development Board, said.

The floods worsened after three embankments on the Brahmaputra river, which flows down from the Himalayas, through northeastern India and into Bangladesh, gave way late on Thursday, said Mohammad Moniruzzaman, an official in the federal agriculture ministry.

"The onrush of water submerged a vast area along with several dozen villages,” he said.

In the neighbouring Indian state of Assam, floods on the Brahmaputra and its tributaries since last week displaced some 5.8 million people, but the situation has improved with waters receding, a state minister said.

"While some people have started going back to their homes, about 70 percent continue to remain in makeshift relief camps," Assam Water Resources Minister Keshab Mahanta said.

Water levels were also coming down in the northern Indian state of Bihar, where floods have killed at least 78 people.

"We are now taking measures to prevent an outbreak of any disease,” Manish Kumar, the emergency officer at Bihar’s worst flood-hit district of Sitamarhi, said.

Two people died in Sri Lanka and five were missing due to heavy rain which had forced hundreds to flee their homes across the island nation, the state-run Disaster Management Centre said.

The central districts of Nuwara Eliya and Ratnapura were the worst affected. 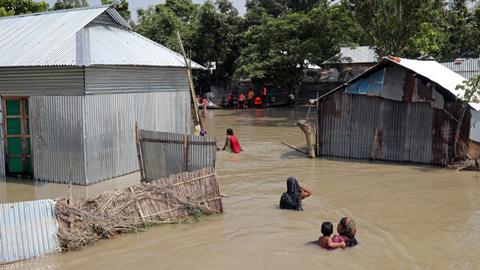 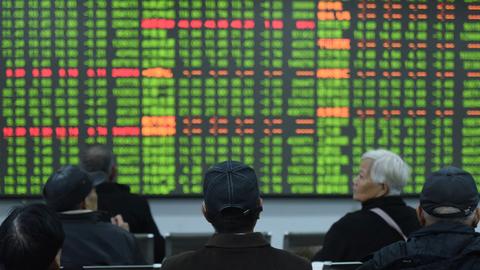