Beijing and Moscow lashed out on Friday at Washington's new anti-Russian sanctions that also target China for the first time, warning the United States could face consequences.

Beijing called on the US to withdraw sanctions it imposed on a Chinese military organisation for buying Russian weapons or "bear the consequences".

Russia in its reaction said the US move undermined global stability, warning the United States against "playing with fire."

"The Chinese side expresses strong indignation over the above-mentioned unreasonable practices of the US side," foreign ministry spokesman Geng Shuang told media.

Geng said Beijing had lodged an official protest with the United States.

China and Russia have sought in recent years to tighten up their ties and this month conducted week-long joint military drills, Moscow's largest ever war games.

"The US actions have seriously violated the basic principles of international relations and seriously damaged the relations between the two countries and the two militaries," Geng said.

"We strongly urge the US to immediately correct their mistake and withdraw their so-called sanctions, otherwise the US will have to bear the consequences."

The US State Department said on Thursday it was placing financial sanctions on the Equipment Development Department of the Chinese Ministry of Defence, and its top administrator, for the recent purchase of Russian Sukhoi Su-35 fighter jets and S-400 surface-to-air missiles.

Officials said it was the first time a third country has been punished under the CAATSA sanctions legislation for dealing with Russia, and signaled the Trump administration's will to risk relations with other countries in its campaign against Moscow.

"It would be good for them to remember there is such a concept as global stability which they are thoughtlessly undermining by whipping up tensions in Russian-American ties," Russia's deputy foreign minister Sergey Ryabkov said in a statement.

"Playing with fire is silly, it can become dangerous," he added.

The State Department also announced it was placing 33 Russian intelligence and military-linked actors on its sanctions blacklist.

"It appears that it has become a sort of national pastime there," Ryabkov said, adding that the latest round of anti-Russian measures was the 60th since 2011.

The sanctions come as the United States and China are in the heat of a trade war.

The two countries will launch new tariffs on Monday, with Washington targeting $200 billion in Chinese exports and Beijing hitting $60 billion worth of the US products.

The two sides have already imposed tariffs on $50 billion in goods from each country. 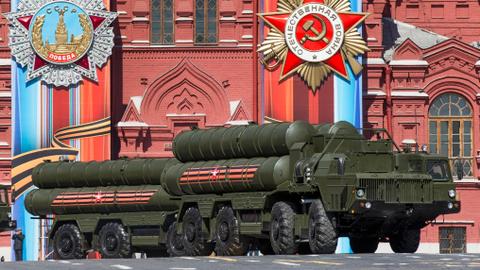