Japan and Britain said they will discuss a diplomatic boycott against the 2022 Beijing Winter Olympics while Italy decided not to boycott the event.

China has accused the United States of violating the Olympic spirit by announcing an American diplomatic boycott of February’s Beijing Winter Games.

The US is attempting to interfere with the Beijing Winter Olympics “out of ideological prejudice and based on lies and rumors," Foreign Ministry spokesperson Zhao Lijian told reporters at a daily briefing on Tuesday.

The boycott “seriously violates the principle of political neutrality of sports established by the Olympic Charter and runs counter to the Olympic motto ‘more united,'” Zhao said.

As he did the previous day, Zhao vowed that China would respond with “resolute countermeasures" but offered no details.

“The US will pay a price for its practices. You may stay tuned for follow-ups,” Zhao said.

His comments came amid a barrage of Chinese criticism of the announcement by the Biden administration on Monday.

Reactions to the development, both countries and human rights activists, varied.

Sophie Richardson, China Director at Human Rights Watch welcomed US diplomatic boycott decision but said "this shouldn't be the only action."

"The Biden administration's announced diplomatic boycott of the 2022 Beijing Winter Games is a crucial step toward challenging the Chinese government's crimes against humanity targeting Uyghurs and other Turkic communities," she said.

The White House Press Secretary Jen Psaki announced that the US will not be sending any diplomatic or official representation to the 2022 Beijing Winter Olympics over genocide and human rights abuses in Xinjiang, where over 12 million Uighur Muslim Turks are located pic.twitter.com/zoLGQ0dDaN

"The presence of government officials and diplomats is a purely political decision for each government, which the IOC in its political neutrality fully respects," the International Olympics Committee Spokesperson said.

Omer Kanat, Uyghur Human Rights Project executive director welcomed the decision saying that the Chinese government was using the 2022 Winter Games as a showcase for its world leadership.

"A diplomatic boycott sends a strong signal: governments refuse to give a green light to the Uyghur genocide," Kanat said.

The decision also caused varying countries to discuss a diplomatic boycott against the Olympics in Beijing.

The Australian and Japanese governments said they were also still considering their positions for the Games, which begin on February 4.

"We will consider matters such as the meaning of the Olympic Games and our diplomatic relations," Japan's Prime Minister Fumio Kishida said, adding that it will make its decision on the issue based on what is best for national interests.

Britain will in due course consider whether or not to impose a diplomatic boycott of the 2022 Winter Olympics in Beijing, British Deputy Prime Minister Dominic Raab said on Tuesday.

"I was asked whether I will go, I will not go and we'll consider that (the level of wider representation) in due course," Raab said.

Italy, meanwhile announced that it's not planning to join a US diplomatic boycott of the Beijing Olympics. 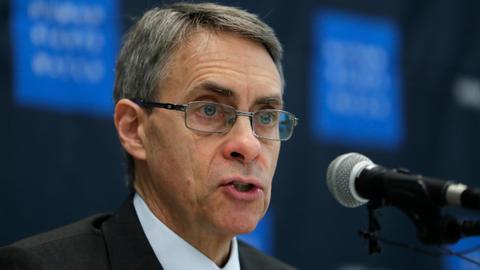