The Australian man who carried out the Christchurch mosque attacks in New Zealand will be seen by two health assessors to determine "whether he is fit to stand trial or insane", a High Court judge ruled during a brief hearing in Christchurch. .

The man accused of carrying out last month’s terrorist attacks on two New Zealand mosques appeared on Friday for a hearing at the Christchurch High Court.

Tarrant, 28, was charged with 50 counts of murder and 39 counts of attempted murder.

Justice Cameron Mander ordered that Tarrant undergo two mental health assessments to determine whether he is fit to stand trial.

Mander said the tests are a normal step and there is no other reason behind them.

He will be remanded in custody until the next hearing on June 14.

The 28-year-old Australian man, a suspected white supremacist, was charged with one murder the day after the attack on two mosques in Christchurch on March 15 and was remanded without a plea.

Fifty people were killed and dozens wounded as they attended Friday prayers.

Prime Minister Jacinda Ardern described the massacre, the worst mass shooting in New Zealand, as a "terrorist attack" and some legal experts thought it could result in charges under New Zealand's terrorism laws.

A High Court judge said in court minutes this week that the appearance would largely be procedural and that Tarrant would not be required to enter a plea to the charges he faced.

"The principal purpose of the call on April 5 will be to ascertain the defendant’s position regarding legal representation and to receive information from the Crown regarding certain procedural steps and when it is envisaged those steps will be completed," said Judge Cameron Mander.

Police said on Thursday that other charges are still under consideration. 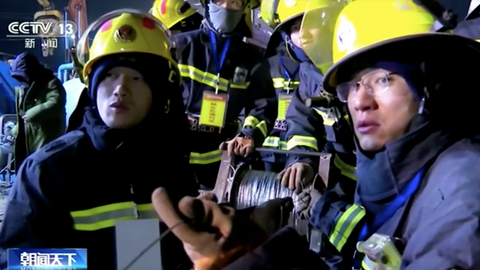