Congress holds huge rally in southern state to mark first 1,000 km of its 3,500 km walking tour of its leaders in cities, towns and villages, in bid to draw support against ruling BJP it accuses of spreading communal hatred in the secular republic.

India's main opposition Congress party has gathered tens of thousands in a huge rally in the southern Indian state of Karnataka, accusing the ruling right-wing government of spreading communal hatred, not doing enough to contain inflation and create promised jobs for young people.

The party launched the more than 3,500 km, cross-country march in September from the coastal town of Kanyakumari on the southern tip of India to Srinagar in India-administered Kashmir to mobilise people ahead of the 2024 national elections.

He said the Modi's Bharatiya Janata Party's (BJP) policies over the last eight years had led to record-breaking unemployment and price rises, while its leaders were spreading communal hatred among people over religious issues.

The government says it has contained inflation amid climbing global energy and food prices, and is boosting local manufacturing, while denying charges of spreading hatred.

The Congress party, facing a slide in its fortunes after losing many state elections in a row, is preparing to elect a new president from outside the Nehru-Gandhi dynasty for the first time in nearly 25 years.

'Our living standard has come down'

Many people, including civil society groups, still place hope in the party, which helped lead India's struggle for independence from Britain and dominated politics for decades after it was achieved in 1947.

"Our living standard has come down over the last few years due to rising prices, while income remains stagnant," said Raghavendra Gadag, 39, a transporter, who had come to the Congress meeting.

"I hope the Congress can still come back, at least in the state of Karnataka," he said, referring to elections next year.

He says the government was creating an atmosphere of fear and hatred, in reference to Hindu-Muslim tensions.

PM Modi remains popular despite criticism over high inflation and unemployment, and his BJP expects to hold power in the northern state of Himachal Pradesh and western Gujarat state assembly elections due later this year.

The results are likely to impact the country's next national elections, due in 2024. 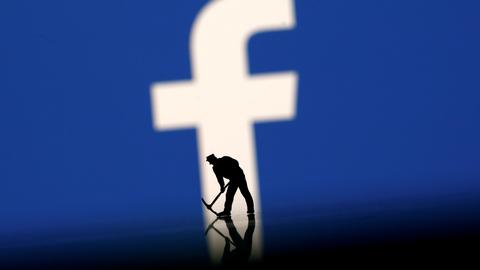 India warns against abuse of social media data in elections