"Horrendous acts of mobocracy cannot be allowed to become a new norm," says the Supreme Court, ordering the right-wing BJP government to enact a new law banning lynchings over rumours the victims either were child-kidnappers or beef eaters.

India's Supreme Court on Tuesday asked the government to enact a new law and stem what it called "horrendous acts" of lynching, after some 22 people were killed by mobs this year.

"Horrendous acts of mobocracy cannot be allowed to become a new norm. It has to be curbed with an iron hand," observed a bench headed by India's chief justice Dipak Misra.

Since February, the country has seen a spate of mob lynchings, often in isolated areas where outsiders have been accused of child kidnapping and other crimes following fake rumours spread via WhatsApp.

The latest incident saw a Google engineer killed in a mob attack last week in the southern state of Karnataka and five people were lynched in neighbouring Maharashtra on July 1.

For majority Hindu community, cows are sacred, and for many, eating beef is taboo.

I welcome hon’ble #SupremeCourt’s verdict on mob violence. The SC has given directions to the centre and state to stop lynching and has asked the parliament to create separate law for #Lynching.... this is important and a welcome step.

The apex court condemned the lynchings and asked states to take "preventive, punitive and remedial" measures to curb the trend.

The parliament must make a law to deal with lynchings and punish offenders, it said.

"No citizen can take law into his hands or become a law onto himself," the court ruled.

Lynchings based on misjudgment or malicious information are not a new phenomenon in India.

But the spread of smartphones and internet access in the country's poorest and most isolated areas has exacerbated the problem.

Somehow a wee bit reassuring that at least Supreme Court spoke out against #lynching & said current state of affairs can't be new normal; that no one can take law into their own hands; SC asks parliament to develop new law #CowVigilantism and #MobViolence Can't allow #Mobocracy

Indian authorities have recently launched awareness campaigns and imposed internet blackouts but the measures have had limited success so far.

The government has also taken WhatsApp to task for the "irresponsible and explosive messages" being shared among its 200 million Indian users – the company's largest market.

WhatsApp, which said it was "horrified" by the violence in India, has introduced new features to help users identify messages that have been forwarded as opposed to written by someone they know.

Tehseen Poonawala, a social rights activist who had petitioned the court over lynchings, welcomed the court's latest order.

"We hope this (law against lynching) becomes a reality. Such a law is really needed in the country," he told reporters.

In her WrittenSubmissions filed before the SC in the petitions highlighting rising instances of #cowvigilantism and lynching, SeniorAdvocate #IndiraJaising has asserted that “lynching of Muslim in India have become a badge of honour for the perpetrators” https://t.co/Vn7fR1uMtN pic.twitter.com/yrWd5jaqIQ

India's 1.3 billion people are about 80 percent Hindu and 14 percent Muslim, according to the latest census data. Economically backward classes make up about three-quarters of the Hindu population.

Since Modi came to power in 2014, far-right Hindu groups and "cow protection" vigilantes have carried out numerous attacks on Muslims accused of eating beef or killing cows.

A crackdown on abattoirs, tanneries and leather factories, mostly run by Muslims, has hit a large number of lower-caste Hindus who also consume beef, transport cattle and work in tanneries. 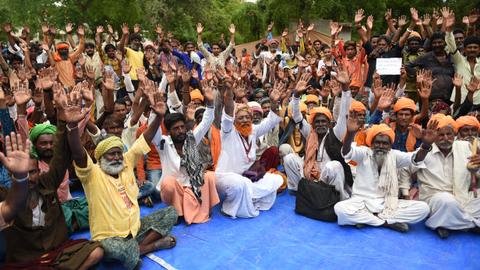 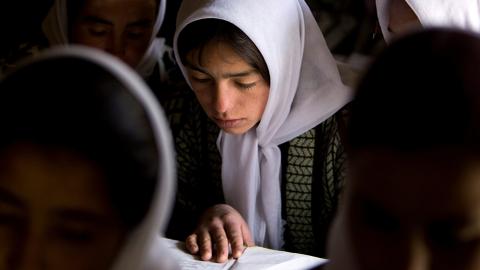