A day after a massive avalanche killed seven students and a teacher in central Japan, investigators reach the site amid questions as to why avalanche warnings were ignored.

Japanese authorities on Tuesday began an investigation into a massive avalanche a day after it killed seven students and a teacher in central Japan. Thirty-eight others were injured, two of them critically.

The investigation comes amid questions as to why avalanche warnings were ignored and whether the group had proper equipment for climbing.

The avalanche tore through a group of students and teachers along about 50 metres of a steep slope just above a ski area on Monday.

They were were part of a 48-person group taking part in winter climbing training and were learning to walk through deep snow drifts at the time of the incident.

Experts say weather and terrain conditions had been ripe for an avalanche striking the closed ski resort.

Police are now looking into possible negligence on the part of the teachers for having risked the lives of students in what turned out to be a hostile environment.

Japanese Prime Minister Shinzo Abe said the government would also be investigating the causes and making every effort to prevent such a tragedy from happening again. 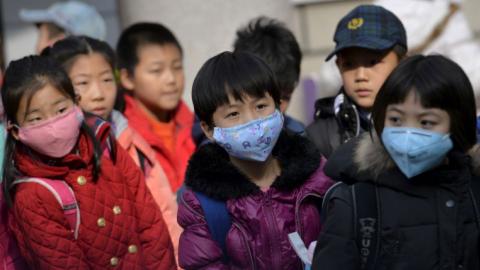