Kazakh president Kassym-Jomart Tokayev’s office has said that order has been restored in the country, as troops from a Russian-led military alliance continue to guard 'strategic facilities.'

Kazakhstan authorities have said they stabilised the situation across the country following the deadliest outbreak of violence in 30 years of independence.

President Kassym-Jomart Tokayev’s office said Sunday that order has stabilised in the country and that authorities have regained control of administrative buildings that were occupied by protesters.

"The situation has been stabilised in all regions of the country," it said, adding vital services were being restored.

Security and intelligence officials briefed Tokayev on Sunday that they were continuing "clean-up" actions in what he has called a huge counter-terrorism operation.

Over a hundred fatalities

At least 164 people died and almost 6,000 were arrested in Kazakhstan following the violent riots in Central Asia's largest country this week.

The figures reported on Sunday on the state news channel Khabar-24 are a significant rise from previous tallies. It is not clear if the deaths refer only to civilians or if law-enforcement deaths are included.

Kazakh authorities said earlier on Sunday that 16 police or national guard had been killed. Authorities previously gave the civilian death toll as 26.

Most of the deaths — 103 — were in Almaty, the country's largest city, where demonstrators seized government buildings and set some afire, according to the ministry.

The country's ombudswoman for children's rights said that three of those killed were minors, including a 4-year-old girl.

In Almaty, normal life appeared to be returning on Sunday although with fewer cars than usual.

Security forces have set up checkpoints around the perimeter of the city. In the centre, smashed windows, gutted cash machines and torched buildings bore witness to the destruction.

The main Republic Square where the charred mayor's office is located remained sealed off to the public. One road leading to it was cordoned off by police; another was blocked by a burnt-out bus.

A Reuters News correspondent saw two military vehicles with mounted machine guns driving towards the square. Most of the dozens of civilian and police cars torched during the unrest had been removed by Sunday.

The internet remained heavily restricted, with access only available to the presidential website and a handful of other local news websites.

Tokayev sworn in as Kazakhstan's president 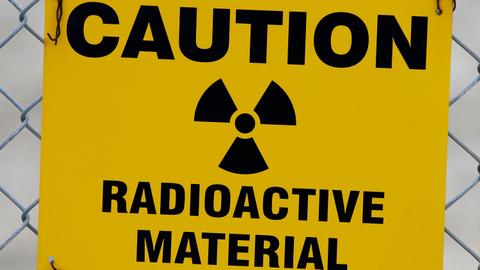 Search for missing radioactive capsule under way in Australia