The case transferred to high court as the lower court had no jurisdiction to hear the murder case.

The case of two women charged in Malaysia with killing the estranged half-brother of North Korea's leader was transferred to a higher court on Tuesday, as a defence lawyer complained of not getting all of the documents he had requested.

Siti Aisyah, an Indonesian mother who worked in Malaysia, appeared in court on Tuesday along with a second suspect, Doan Thi Huong of Vietnam. Their trial was formally transferred to the High Court as the lower court had no jurisdiction to hear a murder case.

They are the only people who have been arrested in the assassination of Kim Jong-nam at the Kuala Lumpur airport on Feb. 13.

The suspects are accused of smearing VX nerve agent on Kim's face in the crowded airport terminal; he died soon afterward. The women have said they were duped into thinking they were playing a harmless prank for a hidden-camera show.

Yusron Ambary, counsellor at the Indonesian Embassy, said Siti wrote a letter to her parents recently, asking them not to worry about her.

"I am in good health. Just pray. Don't think about me too much. Keep healthy and pray at night. I have a lot of people helping me. The embassy officials always come to see me, my lawyers also. Don't worry. Pray for me so that the case will be over soon and I can go back home. Send my love to my son Rio," he read from the letter to reporters outside the courtroom.

Prosecutor Iskandar Ahmad said the date for their first appearance in the High Court would usually be within a month. The suspects would then enter pleas and the trial would have to start within 90 days, Iskandar said.

The court was also informed that lawyer Jagjit Singh was appointed by the North Korean Embassy to monitor the case for them. Singh told reporters later that he was engaged to "protect the interest" of the North Korean government. He didn't elaborate.

Police have said four North Korean suspects fled Malaysia the day of the attack. Defense lawyers fear the women will be scapegoats because other people believed to have knowledge of the case left the country.

Gooi however, said failure to disclose material evidence to the defense at the earliest opportunity could undermine the defense case.

"At the end of the day, what we want is justice, not play hide-and-seek," he said.

Although Malaysia never directly accused North Korea of carrying out the attack, speculation is rampant that Pyongyang orchestrated a hit on a long-exiled member of its ruling elite. Although Kim, who was estranged from his family, was not an obvious political threat, he may have been seen as a potential rival in the country's dynastic dictatorship.

North Korea has denounced such speculation and has never acknowledged the victim was a member of its ruling family. 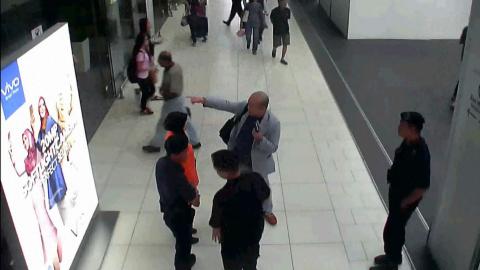 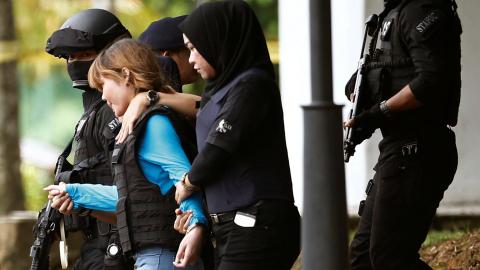 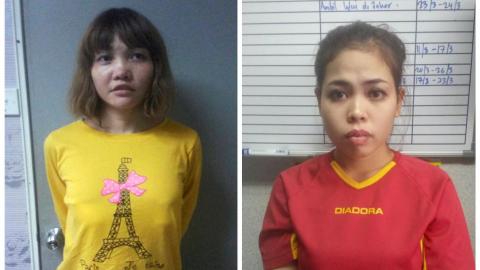