Former premier Mahathir Mohamad said he no longer commanded a majority in parliament after some supporters abandoned him to join Prime Minister Muhyiddin Yassin camp.

Malaysia's Prime Minister Muhyiddin Yassin will survive a no-confidence vote in parliament, his challenger and former premier Mahathir Mohamad said in an interview published on Wednesday.

Veteran politician Mahathir, 94, led the country from 1981 to 2003, and made a surprise return to power in 2018 defeating an alliance than had governed for more than 60 years and one he himself had led as premier.

But his latest stint as prime minister ended with his shock resignation on February 24, a day after some of his coalition partners were seen in talks with his opponents.

Mahathir said in an interview with the Malay-language Sinar Harian newspaper that he no longer commanded a majority in parliament after some supporters abandoned him to join Muhyiddin's camp.

"We had more than 114 seats but now that has become less," he said.

"It will not succeed," he said of the vote of no-confidence.

"This is because he has taken my people to his side."

Mahathir would have required the support of at least 112 lawmakers in the lower house of parliament to win the vote.

His Pakatan Harapan coalition, which includes his old rival Anwar Ibrahim had vowed to bring a confidence vote in parliament when it reconvened on March 9.

But Muhyiddin has since delayed the opening of parliament by two months.

The political changes in Malaysia in recent days have seen the old establishment forces re-assert themselves.

Muhyiddin, a former interior minister in Mahathir's cabinet, joined hands with the old ruling UMNO party - which lost a general election for the first time ever in 2018 - and the Islamist party PAS to form a new coalition.

King Sultan Abdullah Sultan Ahmad Shah appointed Muhyiddin as the prime minister on February 29, saying he believed Muhyiddin possibly had the support of a majority in parliament. 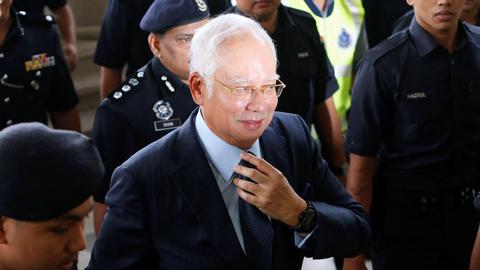