Mohamed Nasheed, 53, is "in a critical condition in intensive care," doctors say, after he was hit by shrapnel from a bomb blast outside his home.

Nasheed, 53, the Maldives' first democratically elected president and still an important figure in the island nation's murky politics, was rushed to hospital after an explosion late on Thursday.

Since then he has undergone 16 hours of life-saving operations in the capital Male for wounds to his head, chest, abdomen and limbs.

The private ADK hospital said on Friday evening that Nasheed was "in a critical condition in intensive care".

The hospital said earlier that shrapnel had been removed from one of his lungs and from his liver but that another piece was still in the same organ.

"We are hopeful of a full recovery," said a family member who did not want to be named, adding that Nasheed was responsive and spoke with doctors when he was admitted.

Maldives police said in a text message that they will treat the explosion as an act of terrorism but did not give details on possible suspects or the bomb device. Photos circulated on social media showed a ripped-up motorbike at the scene.

Nobody has yet claimed responsibility for the explosion in the capital Male that has revived security concerns in the tropical islands known for its luxury resorts.

Nasheed was getting into his car when the blast occurred. Local media reports suggested that a homemade explosive device was planted on a motorcycle parked near his car.

The archipelago has been known in the past for political unrest as well as militant violence.

In 2015, former president Abdulla Yameen escaped unharmed after an explosion on his speedboat, while a 2007 blast blamed on militants targeted foreign tourists and injured 12 people.

President Ibrahim Mohamed Solih, a close ally of Nasheed, said Thursday's blast was an attack on Maldives' "democracy and economy."

The government is seeking technical support from foreign partners in the case and a team from the Australian Federal Police is expected to join the investigation on Saturday, Solih said in a statement late on Thursday.

He has also been an outspoken critic of religious extremism in the predominantly Sunni Muslim nation, where preaching and practising other faiths are banned by law.

Nasheed's presidency ended a 30-year autocratic rule but his own term was cut short when he resigned amid protests. He was defeated in the subsequent presidential election and became ineligible to enter the 2018 race because of time served in jail. His party colleague, Solih, won the vote.

Nasheed remained an influential figure and was elected Parliament speaker in 2019.

He has championed global efforts to fight climate change, particularly rising seas threatening the low-lying islands of his archipelago nation.

READ MORE: Trouble in paradise: what's happening in the Maldives? 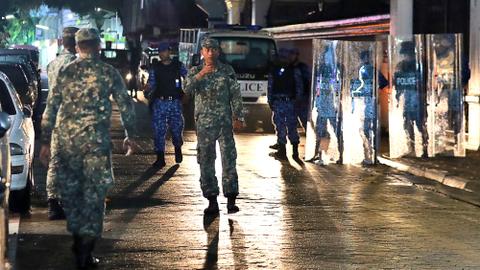 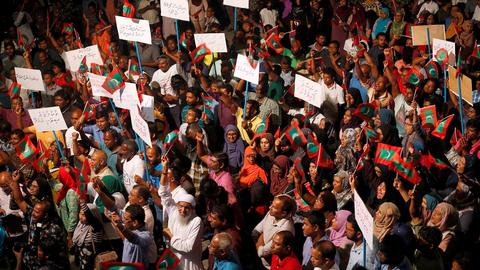