At least seven people were killed and dozens others missing after rains triggered the landslide in a remote area of the northeast Indian state of Manipur.

At least seven people have died and another 55 are feared to have been killed after a massive landslide in a remote area of the north-eastern Indian state of Manipur.

"In all there were about 81 people. The chances of survival of the remaining 55 people are very thin considering the fact that the landslide occured around 2 am," Haulianlal Guite, district magistrate of Noney district in Manipur, where the accident occurred, told Reuters by telephone on Thursday.

Rescue workers battled heavy rains and inclement weather to pull out nineteen survivors from the rubble after the landslide occurred at a railway construction site in the early hours of Thursday, but said the likelihood of finding any more was thin.

Millions have been displaced by the catastrophic floods in recent weeks, and in some low-lying areas houses have been submerged.

Army helicopters were on standby and assisting in rescue operations at the site of the landslide, a statement from the Indian army said.

"Army helicopters are on standby. The weather is very hostile and more landslides are hampering our rescue operations," the statement said. 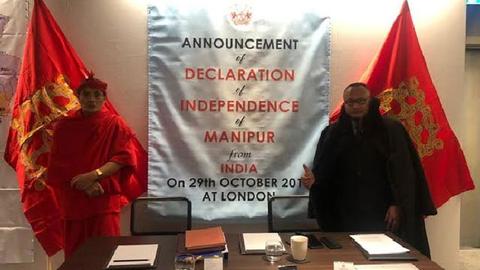