"Yes" vote is widely expected in a long-awaited referendum on autonomy, which would grant executive, legislature and fiscal powers to the Mindanao region.

Minority Muslims in the southern Philippines cast votes on Monday in a long-awaited referendum on autonomy, the culmination of a peace process to end decades of separatist conflict in a region plagued by poverty, banditry and terrorism.

Some 2.8 million people in the volatile Mindanao region are being asked if they back a plan by separatists and the government to create a self-administered area known as Bangsamoro, or "nation of Moros", referring to the name Spanish colonialists gave to the area's Muslim inhabitants.

A clear "yes" vote is widely expected, which would grant executive, legislature and fiscal powers to a region where more than 120,000 people died a four-decade conflict that left it one of Asia's poorest and at risk of infiltration by militant groups.

"If there is no manipulation, no intimidating, there will be overwhelming approval," he added.

That would be a much-needed boost for Philippine President Rodrigo Duterte, who remains a hugely popular personality among Filipinos but has so far struggled to make inroads on his ambitious policy agenda.

Though the Bangsamoro plan was negotiated by his predecessors, Duterte, a mayor in Davao City in Mindanao for 22 years, is credited with ensuring it got the support of Congress, which the previous administration was unable to secure.

A result is expected by Friday. Duterte last week urged voters to approve the plan and show they wanted peace, development and a local leadership that "truly represents and understand the needs of the Muslim people".

Daesh in the region

The plan's advocates say it would address what are the predominantly Catholic country's lowest levels of employment, in come, education and development, which experts say are exploited by pirates, kidnapping gangs and armed groups that have pledged allegiance to Daesh.

The whole of Mindanao has since been under martial law. 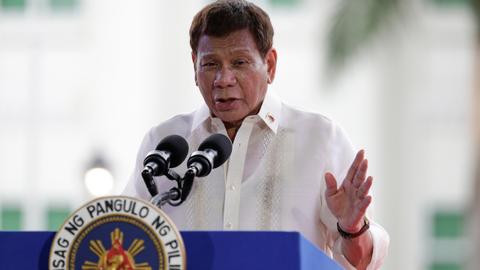