Court hands out death sentence to gunman and an accomplice involved in planning the killing while two other men involved in the crime received prison sentences. A fifth suspect thought to be the crime's mastermind remains at large.

A court in Myanmar on Friday sentenced two men to death for the killing of a prominent Muslim lawyer who was a close adviser to the country's de facto civilian leader, Aung San Suu Kyi.

The Yangon Northern District Court found the gunman, Kyi Lin, guilty of premeditated murder and illegal weapons possession for the January 29, 2017 shooting of Ko Ni in broad daylight at Yangon airport. An accomplice involved in planning the killing was also sentenced to death. Two other men involved in the crime received prison sentences.

A fifth suspect thought to be the crime's mastermind remains at large.

Ko Ni was shot in the head at close range on January 29, 2017, as he walked out of the airport after returning from a working trip to Indonesia. Closed-circuit television footage showed he was shot near a taxi stand as he held his 5-year-old grandchild.

Onlookers chased down the gunman, catching him only after he also shot dead a taxi driver who was one of his pursuers. An ex-convict previously imprisoned for illegally trading in antiquities such as sculptures of Buddha, Kyi Lin also received a 20-year sentence for killing the taxi driver.

The death penalty in Myanmar is carried out by hanging but no executions appear to have been carried out since 1988. Many prisoners on death row have had their sentences commuted.

The failure to apprehend the crime's alleged mastermind left many questions about the motivation for the killing, especially with the defendants offering contradictory testimony.

Speculation about the reasons Ko Ni was targeted focused on two possibilities.

Ko Ni was noted for criticising army interference in politics and advised Suu Kyi's National League for Democracy on ways to get around articles in the army-imposed constitution that give the military wide powers even after Myanmar's transition to democracy. Her party got around a ban on her becoming president by simply creating a new executive post, state counsellor, with presidential powers.

The fact that two of the defendants are former army officers fueled theories that the military was involved with the crime, an accusation it denies.

As a prominent advocate for the Muslim minority in overwhelmingly Buddhist Myanmar, Ko Ni was also a target of abuse from ultra-nationalist Buddhist monks and their allies, some of whom publicly gloated after his death. Myanmar has been gripped by anti-Muslim sentiment in recent years after deadly communal violence in the western state of Rakhine, home to many Muslims from the Rohingya ethnic minority. An army crackdown in 2017 say more than 700,000 Rohingya flee what the UN described as "textbook ... ethnic cleansing."

Mastermind on the loose

Home Affairs Minister Lt. General Kyaw Swe said during investigation of the crime that the authorities believed that it was a "personal grudge" and "extreme sense of nationalism" that led the suspects to carry out the assassination. Police said the murder plot was hatched around April 2016, when its alleged planners were talking at a tea shop. Ex-convict Kyi Lin was hired to be the gunman and reportedly paid almost $60,000.

A separate statement issued at the time by the president's office urged people "to be fully aware of religious and racial incitements, and attempts to destabilise the situation," an apparent reference to speculation that anti-Muslim prejudice might have contributed to Ko Ni's death.

The second man sentenced to death Friday was Aung Win Zaw, who was filmed by CCTV at the airport on the day of the killing.

Another alleged planner, Zayar Phyo, who had told the court he had been framed, received a five-year prison sentence, while Aung Win Tun, charged with harbouring one of the suspects, got three years.

The alleged mastermind, Aung Win Khine — also known as Aung Win Khaing — was charged with premeditated murder but his whereabouts are unknown.

Interpol, the international police agency, has at the request of Myanmar authorities issued a Red Notice informing all its members that a warrant has been issued for his arrest and asking that he be held for extradition. 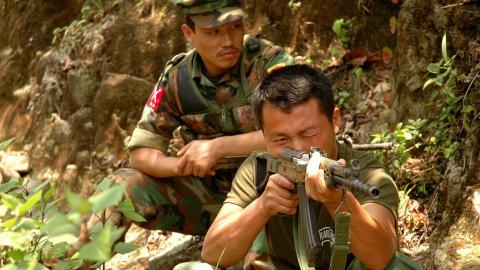 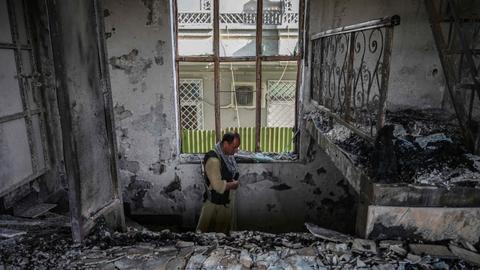 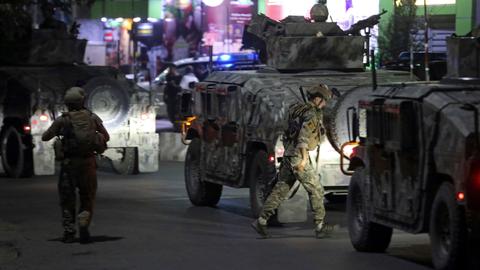 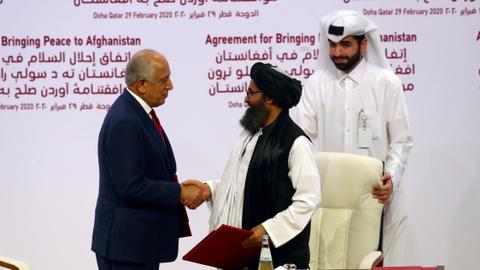