New Zealand’s jet fuel shortage forced dozens of flights to be cancelled, with concerns the fuel crisis may spread to gasoline sales.

The shortage has caused widespread disruption to air travel since the weekend, and comes only days before Saturday's national election where infrastructure has been a hotly contested issue.

The government has set up an industry and government group to oversee the country's response to the crisis, including government and Auckland Council agencies as well as Air New Zealand and private oil firms, Energy and Resources minister Judith Collins said on Wednesday.

The mayor of Auckland sought to reassure residents that the city would not run out of fuel.

"The assurance I have been given is that Auckland City will not run out of fuel for petrol and diesel for the vehicle fleet, and that's really important," Auckland Mayor Phil Goff, told Radio New Zealand.

Government agencies have arranged truck deliveries of fuel after a damaged pipeline cut the supply to Auckland Airport, and have even synced traffic lights to help hasten the journey.

The fuel shortages would affect about 9,000 passengers' air travel plans on Wednesday, Air New Zealand said. About a third of those would have their flights cancelled, while others would face delays.

The airline has so far cut 41 flights, 15 of them international.

It lifted an earlier ticket sale restriction on long haul international flights, but was still limiting sales on flights in the Pacific region, including to neighbouring Australia.

The opposition Labour Party has used the disruption to criticize the ruling National government just days before the September 23 election, with polls showing a neck-and-neck race.

"We were obviously vulnerable. Work should have been done to make sure we were more resilient than this," Labour leader Jacinda Ardern told reporters.

So far, economists said, the country's economy had not been significantly affected but that could change if the pipeline was not fully restored within the next ten or so days.

"Should the issue drag on for longer than that it may start to impact upon economic activity, though at this stage that is not the central case," Sean Keane, a director at Triple T Consulting who works under the umbrella of Credit Suisse, said in a research note on Monday. 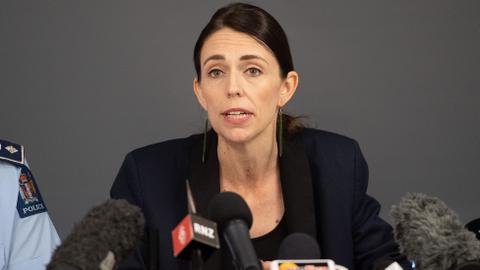