The miserable condition of the 35-year-old bull elephant has drawn international condemnation and highlighted the woeful state of Islamabad's zoo. Kaavan is set to be flown to a wildlife sanctuary in Cambodia on Sunday.

With music, treats and balloons, friends of Pakistan's only Asian elephant has thrown a farewell party for the creature ahead of its relocation to Cambodia following years of campaigning by animal rights activists.

The plight of Kaavan, an overweight, 35-year-old bull elephant, has drawn international condemnation and highlighted the woeful state of Islamabad's zoo, where conditions are so bad that a judge in May ordered all the animals to be moved.

Kaavan is set to be flown to a wildlife sanctuary in Cambodia on Sunday, said Saleem Shaikh, a spokesman for Pakistan's ministry of climate change, following months of veterinary care and a special training regime to habituate the elephant to a huge metal crate he will travel in.

But before flying out, the capital's animal lovers said goodbye, with performances from local bands who serenaded Kaavan ahead of the mammoth move.

"We want to wish him a happy retirement," said Marion Lombard, the deputy mission leader for Four Paws International, an animal welfare group that has spearheaded the relocation effort.

'We will miss you Kaavan'

The Islamabad Zoo, where Kaavan has lived for decades since arriving from Sri Lanka, was decorated with balloons for the occasion and banners wishing the animal well.

"We will miss you Kaavan," read one of the signs.

Kaavan's plight was given a boost over the years by American pop icon Cher, who publicly campaigned for the elephant's relocation and called the decision to move him one of the "greatest moments" of her life.

Zoo officials have in the past denied Kaavan was kept in substandard conditions or chained, claiming instead the creature was pining for a new mate after his partner died in 2012.

But Kaavan's behaviour, including signs of distress such as continual head-bobbing, raised concerns of mental illness.

Activists also said Kaavan was not properly sheltered from Islamabad's searing summer temperatures, which can rise above 40 degrees Celsius. 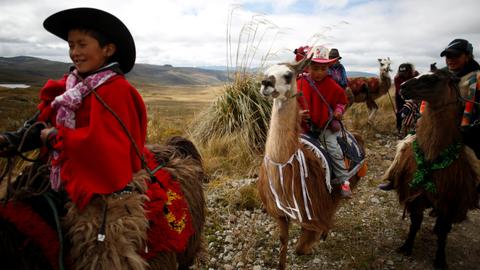