Singapore court sentences a teen for his offensive comments, videos and a photo on various social media outlets, saying his actions will generate ‘social unrest.'

A 17-year-old blogger, Amos Yee, has been sentenced to six weeks in jail by a Singapore court on Thursday for "wounding religious feelings."

This has reignited concerns on social controls and censorship in the conservative city-state.

Judge Ong Hian Sun told the district court that Yee's actions could "generate social unrest" and should not be condoned.

Yee, after pleeing guilty to six charges of intentionally posting comments and a photo critical of Christianity and Islam on the internet, described his sentence as "very fair."

Accompanied by a group of supporters, he told reporters outside the court that he is "very remorseful."

This is his second conviction, as he was charged last year on charges of harassment and insulting a religious group over comments he made about former premier Lee Kuan Yew and Christians soon after Lee's death.

His sentence then amounted to four weeks in jail.

Officials from the United Nations Human Rights Council and the European Union along with rights groups attended his month-long trial.

"By prosecuting Amos Yee for his comments, no matter how outrageous they may have been, Singapore has unfortunately doubled down on a strategy that clearly violates freedom of expression," deputy director of Human Rights Watch's Asia division, Phil Robertson, said in an email.

"For a country that prides itself on efficiency, Singapore should re-examine its approach, because every time the authorities go after him, it just adds to his online audience who are interested to find out the latest thing," he said.

According to critics, Yee's imprisonment may further suppress freedom of expression in the Asian financial hub.

Amnesty International called on Singapore to "repeal or amend legal provisions that criminalise peaceful dissent and end the intimidation and harassment of bloggers and other critics."

UN Special Rapporteur on freedom of opinion and expression, David Kaye, said, "The lesson that somebody can be thrown in jail for their speech is exactly the wrong kind of message that any government should be sending to anybody, but especially to young people." 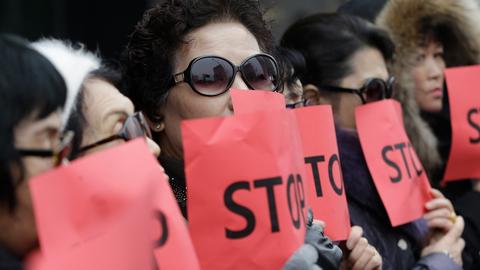