South Korean military's Hyunmoo-2 missile fails shortly after launch and crashes during the drill with US military, panicking residents and leading many to believe it could be a North Korean attack.

South Korea's military has apologised for causing residents to worry about a failed missile launch during its joint drill with the United States in response to North Korea's launch of a ballistic missile over Japan a day earlier.

The military also said on Wednesday the warhead of the missile - the South Korean Hyunmoo-2 - did not explode.

A South Korean ballistic missile malfunctioned and crashed into the ground early on Wednesday during a live-fire drill with the United States, panicking confused residents of a coastal city already uneasy over increasingly provocative weapons tests by rival North Korea.

The sound of the blast and subsequent fire led many in Gangneung to believe it could be a North Korean attack, a concern that only grew as the military and government officials provided no explanation about the explosion for hours.

South Korea’s Joint Chiefs of Staff said no injuries have been reported from the accident, which involved a short-range Hyumoo-2 ballistic missile that crashed inside an air force base on the outskirts of the city.

The military said it was investigating what caused the "abnormal flight" of a missile that is a key weapon in South Korea's preemptive and retaliatory strike strategies against the North.

The military said the test was meant to be a show of strength by South Korea and the United States, following North Korea's firing of a nuclear-capable ballistic missile that crossed over Japan early on Tuesday in North Korea’s most provocative weapons demonstration in years.

The South Korean and United States militaries fired surface-to-surface missiles in response to North Korea's launch of a ballistic missile over Japan pic.twitter.com/xLbRAeGnx0

The launch extended a record number of North Korean launches this year as the country pushes to develop a fully-fledged nuclear arsenal capable of threatening the US mainland and its allies with the goal of being recognised as a nuclear state and wresting concessions from those countries.

The South Korean military's acknowledgment of the missile malfunction came hours after internet users raised alarm about the blast and posted social media videos showing an orange ball of flames emerging from an area they described as near the air force base.

Officials at Gangneung's fire department and city hall said emergency workers were dispatched to the air force base and a nearby army base in response to calls about a possible explosion but were sent back by military officials.

North Korea has fired nearly 40 ballistic missiles over about 20 different launch events this year, exploiting Russia's assault on Ukraine and a deepened division in the UN Security Council to accelerate arms development.

The United States, Britain, France, Albania, Norway and Ireland called for an emergency meeting of the UN Security Council over the latest North Korean launch. Diplomats said it is likely to be held on Wednesday, but it’s not certain whether it will be open or closed. 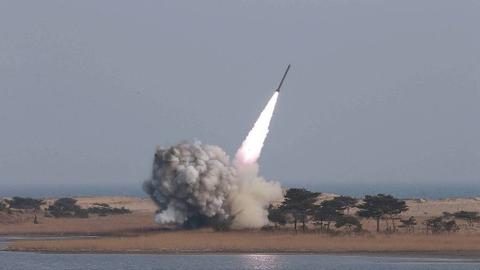 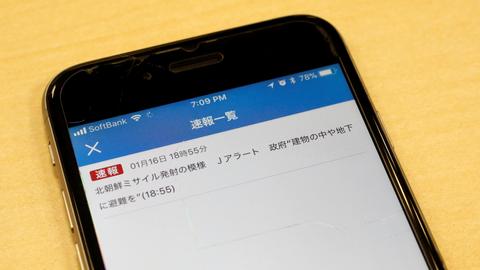 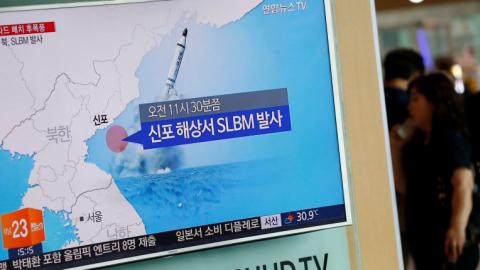