On June 2, the first case of the virus was confirmed in the southern island of Jeju. Since then four more cases have been confirmed in different locations across the country.

South Korea has imposed a temporary nationwide ban on poultry transportation on Wednesday as it struggles to contain a fresh outbreak of the highly pathogenic H5N6 virus, which has led to the slaughter of some 190,000 birds.

The first case in this outbreak of the virus was confirmed in the southern island of Jeju on June 2. At least four more cases have been confirmed in different locations across the country.

Seoul raised the national bird flu alert to its highest level on Tuesday, and ordered the culling of more than 180,000 chickens, ducks and other birds, the agriculture ministry said.

"We hope that the outbreak will be contained soon with the bird flu alert raised to the top 'grave' level," a ministry official said.

How grave is "grave"

"Grave" is the final step on the four-level alert system, and means officials can ban any movements of vehicles carrying birds, shut down poultry stores or animal slaughterhouses, vaccinate poultry, and disinfect any vehicles on the road.

Under the 24-hour poultry transport ban that took effect on Wednesday, all birds and bird farmers were banned from travelling, with farms subjected to disinfection.

The worst outbreak of the highly contagious strain of avian flu ever to hit South Korea was recorded late last year when a record 30 million birds were slaughtered, which sent egg prices soaring.

There have been no cases of human infections from H5N6 in the South, although the virus killed six people in China between 2014 and 2016.

The World Health Organization warned earlier this year that the strain has caused "severe infection" in humans. 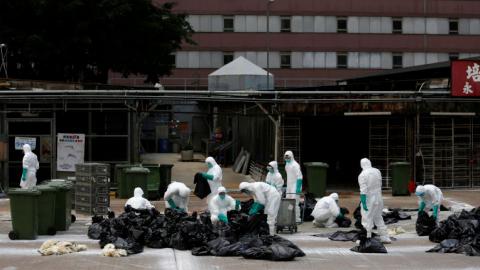 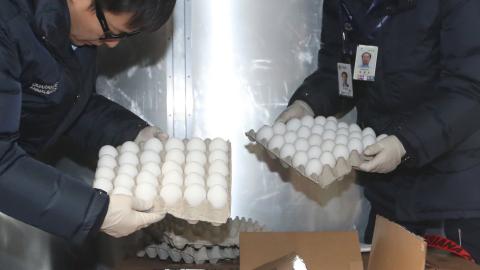 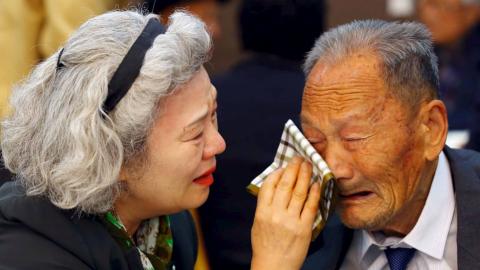 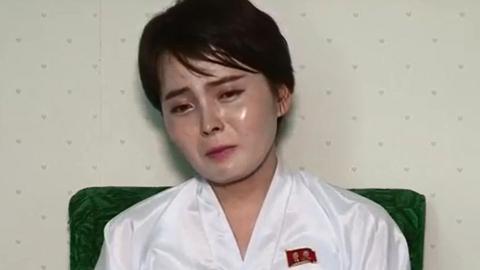