Pressing regional concerns, including the Korean peninsula and China's territorial claims in the South China Sea, on the agenda.

Top diplomats from the Asia-Pacific region started gathering on Tuesday in the Thai capital to discuss issues of concern to the area, including security on the Korean peninsula and China's territorial claims in the South China Sea.

The meetings in Bangkok are hosted by the 10-member Association of Southeast Asian Nations, chaired this year by Thailand. Thai officials say there will be 27 meetings in all through Saturday and that 31 countries and alliances will participate.

Most attention will be on these side meetings, in which ASEAN will play a supporting role, if any.

A representative of North Korea will be present in Bangkok, a Thai foreign ministry spokesman said last week, though it is not clear if Pyongyang is sending its foreign minister. Washington has downplayed Pyongyang's recent launch of medium-range missiles and expressed interest in reviving talks on North Korean denuclearisation, so sideline talks are a possibility.

Reports say the US is also willing to hold a sidelines meeting with Japan and South Korea to discuss the bitter trade dispute between the two East Asian nations that threatens to disrupt Seoul's electronics industry by hindering its purchase of semiconductor components.

The dispute also draws on long-standing bitterness over Japan's actions toward Korea during World War II and threatens to poison relations at a time when Washington would prefer to see a united front in dealing with North Korea.

ASEAN's own most pressing concern arguably involves Beijing's expansive territorial claims in the South China Sea, which pits it against the claims of Vietnam, the Philippines, Malaysia and Brunei.

The dispute is long-running, but flared up again earlier this month when Vietnam accused China of violating its sovereignty by interfering with offshore oil and gas activities in disputed waters.

Vietnam can count on having some allies at this week's meetings, but may have to operate outside the conventional ASEAN framework by forming a de facto maritime bloc with Indonesia, which has aggressively dealt with Chinese poachers in its waters, and the Philippines, still smarting over a June incident in which a Chinese fishing vessel hit a Philippine fishing boat and fled the scene as 22 Filipinos escaped their sinking vessel.

It's unlikely ASEAN will agree on any major statement against China since it operates by consensus, which in practice means a single member can exercise veto over the group's decisions and declarations. Beijing can count on the support of allies, such as Cambodia and Laos, and reluctance by others to defy Asia's superpower.

Beijing also is disinclined to flout legal norms that might restrain its actions, say critics, citing as an example the Permanent Court of Arbitration's ruling on the South China Sea case brought by the Philippines.

The struggle for influence between the US and China looms larger than ever over this year's meetings, with their trade disputes fueling the rivalry.

Beijing's attempts to project its influence even further afield through its Belt and Road Initiative, an ambitious global development program of major infrastructure projects, has sharpened the sense of unease among some parties.

The US has countered with its own vision strategy, dubbed a "Free and Open Indo-Pacific", which Beijing regards as directed against it.

ASEAN leaders at their summit meeting in June adopted a five-page "ASEAN Outlook on the Indo-Pacific" statement that sought to find a middle ground. But some analysts suggest it is less an assertion that the regional grouping is a player in its own right than a weak effort to keep on the good side of both Washington and Beijing.

"Its significance is in the monumental opportunity squandered," said Benjamin Zawacki, author of "Thailand: Shifting Ground between the US and a Rising China." 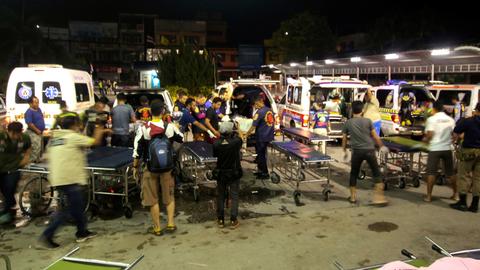 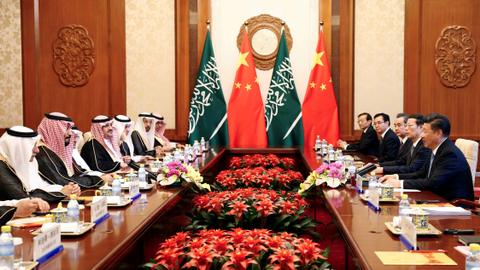