UN warns of funding shortfall as Turkey delivers first foreign aid to northwestern Myanmar, where hundreds of people have been killed and thousands have fled over the border to Bangladesh.

Turkey’s First Lady Emine Erdogan on Thursday arrived in Bangladesh to meet Rohingya Muslims who had been forced out of their homeland Myanmar.

She joined in a delegation, including Foreign Minister Mevlut Cavusoglu, who arrived a day before to discuss the situation in the country.

“I have seen the situation here. I will discuss it with the Turkish president. We will place the matter in the next UN General Assembly,” Emine Erdogan said.

“It is impossible not to be touched by this as a human being,” she said after passing boxes to desperate refugees at the camp at Kutupalong, which lies within sight of the frontier.

“I hope the world gives some thought to this subject and helps them with both humanitarian assistance and politically,”

Turkey officially asked Bangladeshi authorities to open their doors to Rohingyas and pledged to pay all expenses.

In a letter to the UN Security Council on Tuesday, Secretary-General Antonio Guterres expressed concern that the violence could spiral into a "humanitarian catastrophe".

Amid the shortfall of emergency supplies, Turkey started the first foreign deliveries of aid to northwestern Myanmar.

The United Nations say up to 300,000 Rohingya Muslims could flee violence in northwestern Myanmar to neighbouring Bangladesh, warning of a funding shortfall for emergency food supplies for the refugees.

According to estimates issued by United Nations workers in Bangladesh's border region of Cox's Bazar, arrivals since the latest bloodshed started 12 days ago have already reached 146,000.

Numbers are difficult to establish with any certainty due to the turmoil as Rohingya escape operations by Myanmar's military.

However, the UN officials have raised their estimate of the total expected refugees from 120,000 to 300,000, said Dipayan Bhattacharyya, who is Bangladesh spokesman for the World Food Programme.

"They are coming in nutritionally deprived, they have been cut off from a normal flow of food for possibly more than a month," he said late Wednesday.

"They were definitely visibly hungry, traumatised."

The surge of refugees, many sick or wounded, has strained the resources of aid agencies and communities which are already helping hundreds of thousands displaced by previous waves of violence in Myanmar. Many have no shelter, and aid agencies are racing to provide clean water, sanitation and food.

Meanwhile, Myanmar is negotiating with China and Russia to ensure they block any UN Security Council censure over the violence on Rohingya Muslims, its national security adviser said on Wednesday.

"We are negotiating with some friendly countries not to take it to the Security Council," Myanmar National Security Adviser Thaung Tun told a news conference.

"China is our friend and we have a similar friendly relationship with Russia, so it will not be possible for that issue to go forward," he said.

Russia's UN Ambassador Vassily Nebenzia said he believed the 15-member Security Council had sent a signal, by meeting behind closed doors on the issue a week ago, that it would like to see the situation calm down.

"We called for restraint," he told reporters on Tuesday. "The Security Council for the time being did what it could do." 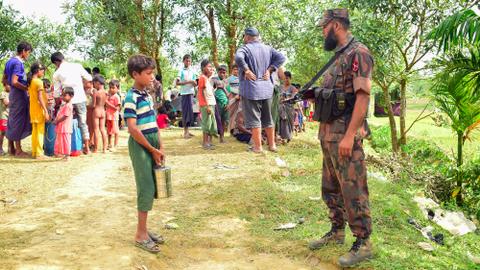 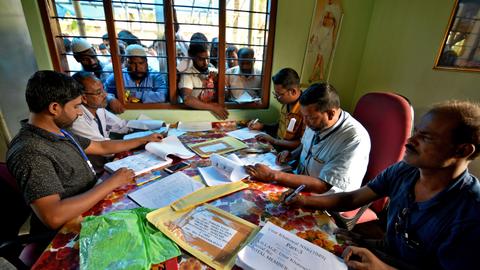