UN special envoy for Afghanistan warned that new authorities cannot pay salaries and voiced alarm over a storm of crises including a plunging currency, sharply rising food and fuel prices, and a lack of cash at private banks.

A UN envoy has urged the world to keep money flowing into Afghanistan despite concerns over the Taliban government, warning the country could otherwise suffer a historic breakdown.

Deborah Lyons, the secretary-general's special representative on Afghanistan, called on the world at least to give a chance to the victorious Taliban as the group turn to governance and confront a dire economic crisis.

"A modus vivendi must be found – and quickly – that allows money to flow to Afghanistan to prevent a total breakdown of the economy and social order," Lyons told a Security Council meeting.

If not, the result would be "a severe economic downturn that could throw many more millions into poverty and hunger, may generate a massive wave of refugees from Afghanistan and indeed set Afghanistan back for generations."

She warned that the new Afghan authorities cannot pay salaries and voiced alarm over a storm of crises including a plunging currency, sharply rising food and fuel prices, and a lack of cash at private banks.

UN Secretary-General Antonio Guterres pleaded with the international community, during an interview with AFP on Thursday to maintain a dialogue with the Taliban, warning that an "economic collapse" with possibly millions dying must be avoided.

"Our duty is to extend our solidarity to a people who suffer greatly, where millions and millions risk dying of hunger," Guterres added.

The UN chief said there were "no guarantees" about what might come out of talks but that discussions are a must "if we want Afghanistan not to be a centre of terrorism, if we want women and girls to not lose all the rights acquired during the previous period, if we want different ethnic groups to be able to feel represented."

"It is in the interest of the international community and I am not talking about the lifting of sanctions or recognition. I am talking about targeted measures to allow the Afghan economy to breathe," he said.

Pakistan also warned that Afghanistan could fall into a humanitarian crisis as millions of Afghans are in need of urgent humanitarian assistance.

Speaking at a UN Security Council meeting on Afghanistan, Pakistan's Ambassador to the UN Munir Akram said the world must prevent the situation from deteriorating any further, as this could trigger a huge outflow of refugees and complicate prospects for building peace and security, according to a statement issued from Pakistan’s mission to the UN.

"Due to the Covid-19 pandemic, conflict, and failure of the past governments as well as their corruption, the humanitarian situation in Afghanistan is dire, with nearly 18 million Afghans in need of urgent humanitarian assistance," Akram said.

The international community should learn from the past and must remain engaged in Afghanistan as instability or economic collapse would perpetuate conflict and prolong the suffering of the people in Afghanistan, he said.

"This will benefit no one except those who see continued conflict in Afghanistan as an opportunity to utilize turmoil to sponsor terrorism from its territory," he added.

He told the UN Security Council that over one million Afghans had been killed, injured, maimed, and traumatised during the last four decades of war, which devastated the country's already-fragile economy.

"Today Afghanistan stands at a critical juncture in its history. The Afghan people can, with the support of the international community, restore peace and revive the prospects of development," he said.

Stressing the need for restoration of peace in Afghanistan, Akram said neighbouring Pakistan has been severely impacted by the consequences of the conflict in Afghanistan.

"In the so-called ‘war on terror,’ 80,000 Pakistanis were killed in terror attacks and thousands were injured. Our economy suffered an estimated damage of over $150 billion," he explained.

Foreign donors led by the United States provided more than 75 percent of the public expenditure under Afghanistan's 20-year Western-backed government – and quickly stopped payments as it crumbled last month amid a US military withdrawal.

President Joe Biden's administration has voiced openness on humanitarian aid but says that any direct economic lifeline, including unfreezing some $9.5 billion in Afghan central bank assets, will be contingent on Taliban actions.

Lyons, a former Canadian ambassador to Afghanistan, agreed that "safeguards must be created to ensure that this money is spent where it needs to be spent and not misused by the de facto authorities."

But she added: "The economy must be allowed to breathe for a few more months, giving the Taliban a chance to demonstrate flexibility and a genuine will to do things differently this time, notably from a human rights, gender and counterterrorism perspective."

Lyons, however, said there were "credible allegations" that the Taliban has carried out reprisal killings of security forces despite promises of amnesty.

Echoing statements by Western powers, she voiced concern at the makeup of the Taliban caretaker government which includes no women and has senior ministers who are on UN sanctions blacklist, including the prime minister, the two deputy prime ministers and foreign minister.

Lyons also warned that the Taliban have “visibly welcomed and sheltered” Al Qaeda members and that Daesh extremists remain active “and could gain strength.”

READ MORE: Taliban’s interim government: Is the past, prologue? 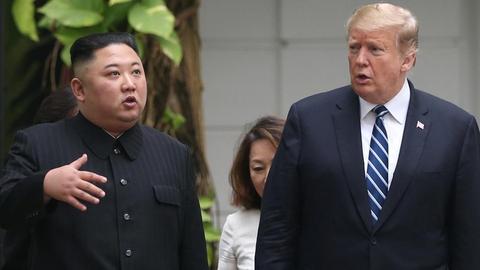