US Treasury issued two general licenses, one of which allows the US government, NGOs and certain international organizations, including the UN, to engage in transactions with the Taliban in a bid to provide aid to the war-torn country.

The United States has announced two exemptions to its sanctions imposed on Afghanistan in a bid to facilitate the entry of humanitarian aid into the conflict-wracked, Taliban-controlled country.

The provisions allow the US government, aid groups and international organisations "to engage in the provision of humanitarian assistance to Afghanistan or other activities that support basic human needs" there, the US Treasury said in a statement.

They also allow "certain transactions related to the exportation or reexportation of agricultural commodities, medicine, and medical devices," the statement said.

"Treasury will continue to work with financial institutions, international organizations and the nongovernmental organization community to ease the flow of critical resources, like agricultural goods, medicine, and other essential supplies, to people in need," said Andrea Gacki, director of the Treasury's Office of Foreign Assets Control.

However, Washington will continue "upholding and enforcing our sanctions against the Taliban, the Haqqani network, and other sanctioned entities."

Faced with sanctions and a cutoff in foreign aid following the Taliban's takeover of the country last month, Afghanistan is facing a mounting economic crisis as fuel and food prices rise and cash runs short.

The United Nations said that at the start of the year more than 18 million people — about half of Afghanistan's population — require aid amid the second drought in four years.

U.N. Secretary-General Antonio Guterres said last week that Afghanistan is on "the verge of a dramatic humanitarian disaster" and has decided to engage the Taliban in order to help the country's people.

The International Monetary Fund and the World Bank suspended activities in the country following the Taliban takeover, which meant withholding aid as well as $340 million in new reserves issued by the IMF last month.

Washington is also blocking access to much of the $9 billion in Afghan reserves held overseas, fuelling the cash crunch that the ousted government's central bank chief warns could create an economic crisis.

Reuters reported last month that Washington issued a license authorising the US government and its partners to continue to facilitate humanitarian aid in Afghanistan.

Friday's move expands on that specific license, allowing international organizations and NGOs to pay taxes, fees, import duties or permits, licenses or other necessary transactions for assistance to reach the people of Afghanistan.

The licenses allow NGOs and foreign financial institutions to continue humanitarian assistance such as the delivery of food, shelter, medicine and medical services, including Covid-19 assistance, a Treasury spokesperson said.

"We have not reduced sanctions pressure on Taliban leaders or the significant restrictions on their access to the international financial system," the spokesperson said. 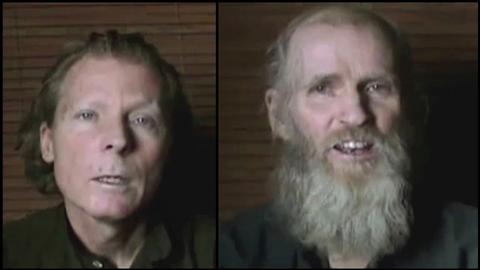