Internet entrepreneur Kim Dotcom's challenge to the US government's bid to seize his assets was rejected by the US Supreme Court.

The US Supreme Court on Monday rejected New Zealand-based internet mogul Kim Dotcom’s challenge to the US government’s bid to seize assets held by him and others involved in the now-defunct streaming website Megaupload.

German-born entrepreneur Dotcom is wanted by US law enforcement authorities on copyright and money-laundering allegations related to Megaupload, which was shut down in 2012 following an FBI-ordered raid on his Auckland mansion.

He was indicted the same year, along with fellow Megaupload executives.

The justices left in place a lower court ruling that the US government could seize up to $40 million in assets held outside the United States as part of a civil forfeiture action being pursued in parallel with criminal charges for alleged copyright violations and money laundering.

“It’s no surprise because the chance to be heard by the US Supreme Court is very slim in general,” Dotcom said in an email to Reuters.

The seizure is also being challenged in courts in Hong Kong and New Zealand, whose authorities have restrained Dotcom’s assets at the US government’s request.

Dotcom’s lawyer Ira Rothken said that his team was “cautiously optimistic” about those court proceedings.

Dotcom and several other defendants have contested US attempts to extradite them from New Zealand.

“Kim Dotcom has never been to the United States, is presumed innocent, and is lawfully opposing extradition ... yet the DOJ [Department of Justice] by merely labelling him as a fugitive gets a judgment to take all of his assets with no due process,” Rothken said in an email.

US authorities say Dotcom and his colleagues cost film studios and record companies more than $500 million and generated more than $175 million in profits by encouraging paying users to store and share copyrighted material including movies and TV shows.

The US government sought up to $175 million in assets but the defendants say the assets in question are worth only around $40 million.

The assets include two houses, luxury cars and bank accounts.

A New Zealand court ruled in February that Dotcom and three other New Zealand-based defendants – Finn Batato, Mathias Ortmann and Bram van der Kolk – could be extradited to the United States to face the charges.

Two other indicted Megaupload associates, Sven Echternach and Julius Bencko, who live in Germany and Slovakia respectively, have not been arrested, according to court filings.

The defendants contested the US government’s forfeiture claims, saying in part that it could not seize property under the jurisdiction of a foreign court.

The US government’s legal argument, adopted by the appeals court, is that the defendants are fugitives seeking to avoid criminal prosecution in the United States and therefore are not allowed to contest the forfeiture.

The Richmond, Virginia-based 4th US Circuit Court of Appeals ruled against Dotcom in August 2016, and he asked the Supreme Court to hear his appeal. 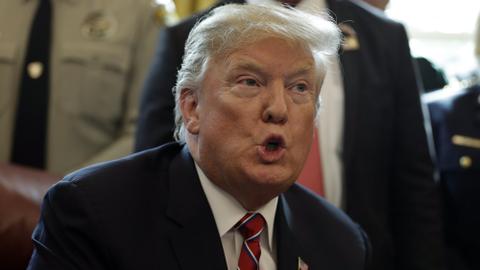