Dozens of migrants and refugees have been stranded in the Mediterranean Sea in Malta's search and rescue zone for over 30 hours, UN migration agency says.

Around 100 migrants and refugees fleeing war-ravaged Libya have run into difficulty in the Mediterranean and could drown, the UN's migration agency has said, urging a rapid rescue.

The International Organization for Migration (IOM) warned in a tweet that "around 95 migrants are still floating in the Central Mediterranean at risk of drowning, after attempting to flee Libya."

The migrants have been stranded in Malta's search and rescue zone for over 30 hours, the IOM said on Monday.

The UN agency stressed that "states and shipmasters have a moral and legal obligation to respond to distress cases at sea."

Flavio Di Giacomo, a spokesman for IOM, cited a tweet by Alarm Phone, a group monitoring migrant crossings across the Mediterranean Sea, calling on authorities to rescue the migrants.

"Let's remember that these boats are unsafe and unfit for navigation and that they should be always considered as boats in distress since they can sink at any moment," wrote Giacomo, who works in the IOM's Coordination Office for the Mediterranean.

Alarm Phone also wrote that a merchant vessel was monitoring the situation but not providing assistance.

"How long will the people be left suffering and at risk of drowning? How long can they survive?" it asked.

READ MORE: Italy allows 180 migrants to disembark, to quarantine them on another ship

Around 95 migrants are still floating in the Central Mediterranean at risk of drowning, after attempting to flee Libya.

We reiterate that states and shipmasters have a moral and legal obligation to respond to distress cases at sea. pic.twitter.com/wdcFDpG1yY

The arrival of summer and more favourable conditions at sea tends to lead to an increase of attempts to cross the Mediterranean, and the deteriorating situation in Libya is also prompting more migrants to take their chances at sea and reach Europe.

More than 100,000 migrants tried to cross the Mediterranean last year with more than 1,200 dying in the attempt, according to the IOM.

Tens of thousands of refugees and asylum seekers, as well as sub-Saharan African and Asian migrants hoping to make it to Europe, have found themselves stranded in Libya in horrifying conditions.

The overthrow and killing of the former leader of Libya Muammar Gaddafi in a NATO-backed uprising in 2011 sparked years of chaos that traffickers have exploited to turn Libya into a key route for illicit migration to Europe.

The situation of refugees and asylum seekers became more critical after warlord Khalifa Haftar launched an assault on Tripoli in 2019, and was further compounded by the coronavirus pandemic.

Migrant departures from Libya's coast increased by nearly 300 percent this year between January and the end of April, compared to the same period in 2019, according to the UN. 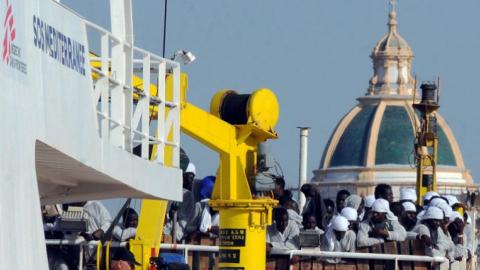 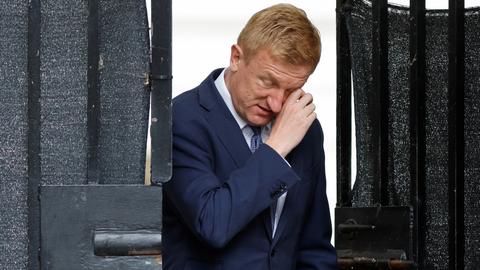