The report comes just days after President Emmanuel Macron says he will seek to extend the state of emergency by several months.

Rights group Amnesty International accused France on Wednesday of using state of emergency powers as a pretext to clamping down on peaceful protests, including over sensitive environmental and labour issues.

The report comes just days after President Emmanuel Macron said his government would ask parliament to extend by several months the state of emergency powers introduced in 2015 to counter the threat of militant attacks.

Emergency rules giving French police wider search and arrest powers were introduced after gunmen and suicide bombers killed 130 people in and around Paris in November 2015.

Amnesty said that between November 2015 and 5 May 2017, authorities had used their powers to issue 155 decrees prohibiting public gatherings.

The new government has said that following last week's Manchester attacks claimed by Daesh, the emergency measures should run beyond mid-July to November 1.

"Emergency laws intended to protect the French people from the threat of terrorism are instead being used to restrict their rights to protest peacefully," said Amnesty International researcher Marco Perolini.

Under the cover of the state of emergency, rights to protest have been stripped away with hundreds of activists, environmentalists, and labour rights campaigners unjustifiably banned from participating in protests.

Macron, who reviewed national security with defence chiefs on Wednesday, said security measures for the summer period would be reinforced taking into consideration the state of emergency's planned extension.

"Obviously there is no question of diverting what is a state of emergency to fight terrorism ... in any way whatsoever," government spokesman Christophe Castaner said.

He added that anti-terrorism legislation presented in the summer would look at resolving any issues related to the state of emergency.

With Macron expected to push through new economic reforms in the coming months, there is potential for more widespread demonstrations across the country.

"In the run-up to the election, Emmanuel Macron promised to protect the right to protest in France. Now he is president, he must turn his words into action," said Perolini.

"With the battle lines already being drawn between the new president and the unions on labour law reform, President Macron must stop the misuse of anti-terrorism powers to restrict peaceful protest and end France's dangerous and dizzying spiral towards a permanent state of emergency." 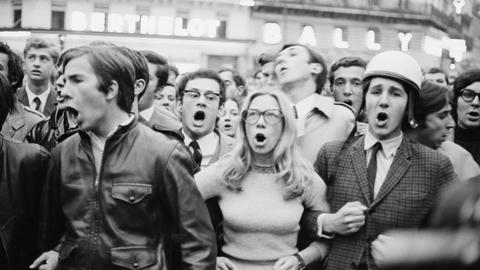 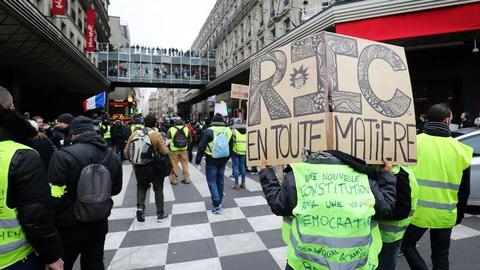