Demonstrators in several Muslim countries call for a boycott of French goods after President Emmanuel Macron publicly defended Charlie Hebdo caricatures of the Prophet Muhammad, which are considered blasphemous in Islam.

On Wednesday, protesters staged a demonstration near the French consulate in Pakistan's Karachi city in response to France's refusal to condemn the publication of caricatures insulting Prophet Muhammad.

Demonstrators chanted slogans against Macron and stepped on pictures of him strewn on the ground.

Protesters in the demonstration, organised by the Jamaat-e-Islami party, also marched towards the French Consulate in Karachi.

Macron and members of his government have vowed to continue supporting such caricatures that they say are protected under freedom of expression.

Macron defended the publication on free speech grounds following the murder earlier this month near Paris of teacher Samuel Paty, who had shown his pupils the caricatures during a class.

Iraqis burned a French flag in capital Baghdad while marking the birth of Prophet Muhammad.

As they gathered at the Abu Hanifa mosque in the Azamiyah neighbourhood to celebrate the Mawlid, worshippers took turns stepping on an image of Macron.

Scores of Muslim protesters rallied outside the French embassy in the Iranian capital to voice their anger at the mocking of Prophet Muhammad by Charlie Hebdo, a controversial French magazine.

Enraged protesters shouted "death to France" and "death to America" and carried posters of Macron, depicting him as Satan.

Waving placards bearing "I love Mohammad" and "shame on you Macron", they called for the expulsion of the French envoy from Iran.

Flags of France, the United States, and Israel as well as pictures of Macron were burned by protesters at sunset.

Iranian newspaper Vatan-e-Emrooz depicted Macron as the devil and called him Satan in a cartoon on its front page.

Palestinians held a protest at the Church of the Nativity in the biblical city of Bethlehem.

Dozens of religious leaders including both Christians and Muslims and local officials took part in the protest.

Protesters stepped on images of Macron during the demonstration.

Hundreds of protesters marched in Somalia's capital Mogadishu to protest remarks made by President Macron.

Protesters dragged the French flag through the streets before setting it on fire, urging Muslims around the world to unite in a boycott of French products.

A crowd of some 5,000 gathered at Bamako's grand mosque on Wednesday, demanding that Macron apologise for defending Charlie Hebdo caricatures insulting Prophet Muhammad.

Moussa Bocar Bah, deputy secretary-general of Mali's Islamic High Council (HCIM), called for the gathering at the mosque in the capital of Mali, which is some 90 percent Muslim.

Bah slammed Macron's "irresponsible, defamatory, scurrilous and anti-republican speech" on the issue and added the HICM was demanding Macron offer "apologies to the global Muslim community".

"France and the French have gone too far, They have touched the untouchable... That is unforgivable," said Mohamed Traore, an HCIM vice-president.

"Stop the provocation, or else worse will follow," read a banner at the mosque, overflowing with people including conservative imam Mahmoud Dicko, a former HCIM leader who wields considerable influence in Mali.

More than 500 activists of a political party rallied in Bangladesh's capital Dhaka.

The protesters from the conservative Islami Oikya Jote party carried banners reading: "The world's biggest terrorist is Emmanuel Macron" and "Kick out the French Ambassador from Bangladesh."

The fresh protests came after about 10,000 Muslims from another group Islami Andolon Bangladesh demonstrated in Dhaka a day ago asking people to boycott French products and criticizing the government for not officially condemning the move by France.

On Wednesday, the protesters burned an effigy of Macron and beat it with shoes and kicked it in a demonstration of insult after they gathered in front of the country's national Baitul Mokarram Mosque in downtown Dhaka amid tight security. 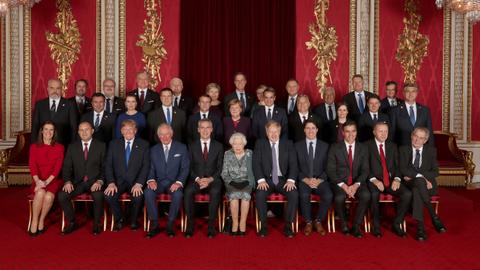 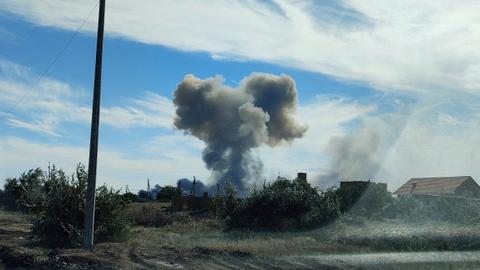