Bavaria order to put crosses on public buildings kicks in

The government of Bavaria has decided to instruct all state administrative buildings in the German state to display a cross in their public entrances by June 1.

A controversial decree requiring Christian crucifixes to be installed at entrances of most public buildings in Bavaria came into force on Friday, sparking accusations of identity politics ahead of elections in the southern German state.

Markus Soeder, Bavaria's conservative state premier, had initiated the measure in April, saying "the cross is a fundamental symbol of our Bavarian identity and way of life."

But the order sparked an outcry, with critics accusing Soeder of politicising a religious symbol as his CSU party battles to claw back voters who have turned to the far-right and Islamophobic AfD ahead of state election in October.

Soeder was also widely mocked, including by the state premier of neighbouring Baden-Wuerttemburg, Winfried Kretschmann, who said a photo of his Bavarian colleague holding the cross made him "think of a vampire film."

But among the harshest condemnations was that from Cardinal Reinhard Marx, the president of the German Bishops' Conference, who warned Soeder that "if the cross is viewed only as a cultural symbol, then it has not been understood."

"Then the cross is being expropriated by the state," said Marx in an interview with Sueddeutsche daily, adding that it must not be used as a tool to exclude.

Amid the push-back, Soeder's office had sought to tone down the decree, saying that while it was compulsory for buildings like police stations, courts or ministry offices, it was merely recommended for higher educational institutions, museums and theatres.

Defending his cross decree on Friday, Soeder told Bavarian radio that "we are shaped by Christian values, with Christian holidays."

The Protestant state premier, speaking from the Vatican where he had an audience with the Pope, stressed that the majority of Bavarians backed the move.

After scoring the worst result since 1949 in September elections, Soeder's CSU sister party of Chancellor Angela Merkel's CDU has been desperately seeking to woo voters back from the far-right.

Campaigning on an anti-Islam platform, the AfD has capitalised on German fears of the arrival of more than a million asylum seekers, many from Muslim countries.

After becoming the biggest opposition force in parliament, the AfD is poised to enter Bavaria's state legislature.

The increasingly fragmented political landscape in Germany means that the CSU may for the first time lose its absolute majority in Bavaria, prompting it to take an increasingly hard line on issues related to immigration or religion.

For the Augsburger Allgemeine, the "CSU appears to be wooing AfD supporters by taking on its rhetoric on refugees, Islam and of course, the cross." 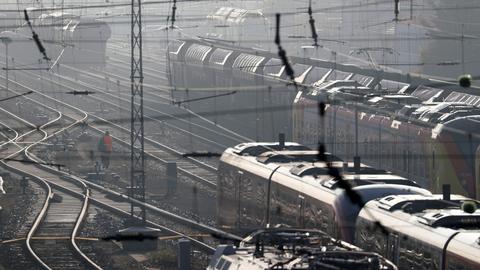