Britain's divorce from the European Union has not only polarised political parties but the deal is also creating divisions among members of the same family.

While Brexit continues to drive a wedge between political parties, it is also polarising families.

Two brothers in Notthingham, who run their own businesses next to one another, have opposing opinions when it comes to the Britain's divorce from the European Union.

"My principles basically are that Britain should be, like any other country a sovereign state. It should be reliant on its own government, its own parliament, its own laws," says Nigel Baxter. who is a managing director of RH Commercial Vehicles.

But, his brother, Ian Baxter, who is chairman of Baxer Freight, has different take on the matter.

"I think the reality of modern life is that co-operation with our neighbours and friends is really important," 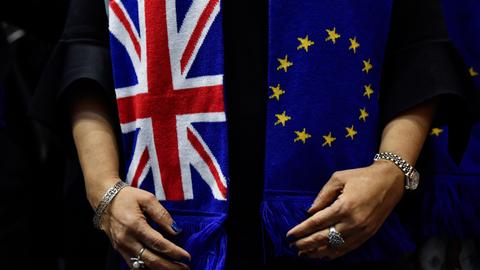