Final vote count gives PM Frederiksen's side 87 seats in mainland Denmark, with another three coming from the autonomous overseas territories of Faroe Islands and Greenland, giving the bloc a majority of 90 seats in the 179-seat parliament.

"I'm very, very happy", Frederiksen, in power for the past four years, said early on Wednesday as she arrived at parliament to greet supporters.

The very last votes counted in the knife-edge election gave Frederiksen's "red" side 87 seats in mainland Denmark, with another three coming from autonomous overseas territories the Faroe Islands and Greenland, giving the bloc a majority of 90 seats in the 179-seat parliament.

The right-wing "blue" bloc -- an informal liberal and conservative alliance supported by three populist parties -- won 72 seats in mainland Denmark and one in the Faroe Islands.

The last-minute victory scuppered the hopes of a newly-created centrist party, the Moderates, of becoming kingmaker, a role it looked set to hold until Frederiksen secured a majority.

The election was triggered by the "mink crisis", which has embroiled Denmark since the government decided in November 2020 to cull the country's roughly 15 million minks over fears of a mutated strain of the novel coronavirus.

The cull and chilling images of mass graves of minks have haunted Frederiksen since 2020 and eventually led to cracks in the center-left bloc.

The decision turned out to be illegal, however, and a party propping up Frederiksen's minority Social Democrats government threatened to topple it unless she called elections to regain the confidence of voters.

The election campaign was dominated by climate concerns, inflation and healthcare. 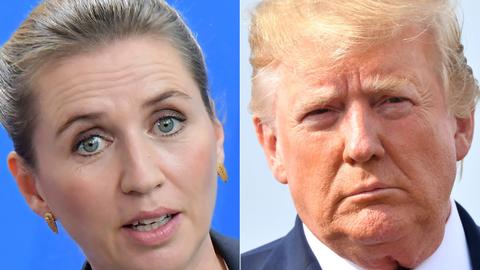