Dutch Foreign Minister Stef Blok says with its latest military offensive in Idlib, Assad regime has chosen to consign the 2018 Sochi agreement to the scrapheap.

Dutch Foreign Minister Stef Blok on Wednesday called for de-escalation and a no-fly zone to be established in Syria's war-torn Idlib province.

"The humanitarian catastrophe unfolding in #Idlib is immense. Another million refugees are forced to flee. That is why I call for de-escalation and talks between the EU, Russia & Turkey about a no-fly zone for Assad above Idlib," Stef Blok said in a tweet.

Blok drew attention to the humanitarian catastrophe unfolding in the Syrian province of Idlib, saying "a million people, most of them children, have fled towards the Turkish border, which has already been hosting about 3.5 million Syrian refugees for many years now."

Blok said it was no surprise Ankara said that taking in another million migrants and refugees is more than it can handle. And this, in turn, was increasing the migratory pressure on Europe.

"Since the Sochi agreements in 2018, a fragile truce of sorts has been in effect in Idlib, but with its military offensive, the regime in Damascus has chosen to consign this truce to the scrapheap," Blok said.

In September 2018, the Turkish and Russian presidents were able to broker the Sochi agreement in Russia’s Black Sea resort city to create de-escalation zones in Idlib to stop the regime aggression at the time. Until the latest Assad offensive, the plan has partially worked with Damascus, backed by Moscow, violating it occasionally.

Turkey has been shouldering most of the Syrian civil war’s burdens, from refugees to the threats emanating from the various terror groups presence across its border.

Ankara has demanded that the regime should be withdrawn from territories to the boundaries of the Sochi agreement, otherwise, it will force Damascus to comply with the deal. 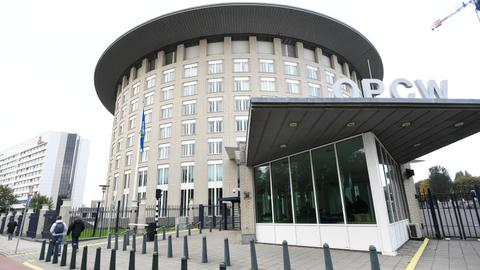