European Union foreign policy chief Josep Borrell says both the US and Iran are really interested in reaching an agreement as they have been moving from general to more focused issues in the talks recently.

The European Union's top diplomat, Josep Borrell, has said he saw a willingness to save the 2015 nuclear deal between Iran and global powers, citing progress in talks in Vienna to bring the United States back to the accord.

The optimism follows comments by China's envoy to the negotiations, Wang Qun, on Saturday that negotiations were starting to pick up pace.

"I think that there is real goodwill among both parties (Iran and the United States) to reach an agreement, and that's good news," he said, citing progress but not giving details.

"I think that both parties are really interested in reaching an agreement, and they have been moving from general to more focused issues, which are clearly, on one side sanction-lifting, and on the other side, nuclear implementation issues."

The #JCPOA talks in Vienna made good progress over the weekend based on comments from Iran, the EU, the US (Jake Sullivan yesterday), Russia & others.

According to Amb. Ulyanov, they are entering the drafting stage of an agreement:https://t.co/vDdTUxzWWx

The second round of talks began last Thursday in the basement of a luxury hotel in Vienna.

The United States is not present as Iran has declined face-to-face negotiation, but EU officials are carrying out shuttle diplomacy with a US delegation based at another hotel across the road.

Borrell said that his political director Enrique Mora, who is chairing the talks, had gone back to Vienna after returning to Brussels on Friday.

Iran has breached many of the deal's restrictions on its nuclear activities in response to the US withdrawal and reimposition of sanctions against Tehran under former US President Donald Trump.

Negotiators are working on steps both sides must take, on sanctions and nuclear activities, to return to full compliance.

The deal was intended by the six global powers to make it harder for Iran to develop a nuclear weapon.

Iran says it has never sought nuclear weapons and never would, and that its nuclear activity has only civilian aims. 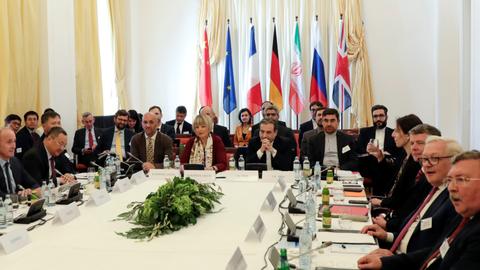 Parties to Iran nuclear deal meet amid threat of collapse 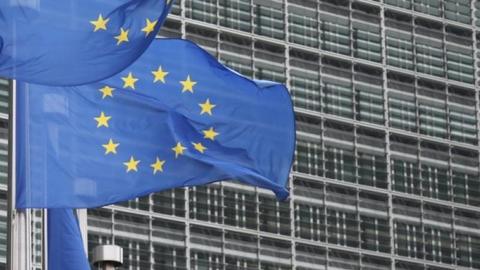