Eurocentric populist parties may have failed to actually clinch a victory in national elections, but at the ballot boxes, 2017 has proven a bumper year for the region's far-right.

After shock events like the 2016 election of US President Donald Trump and Britain's decision to leave the EU, many people feared the momentum of populism would sweep across the European continent in 2017.

They may have failed to actually clinch a victory in national elections, but 2017 has nonetheless proven a bumper year for Europe's far-right parties at the ballot boxes.

Across the continent, eurosceptics peddling anti-migration agendas have reaped historic election results this year, tapping into unease about a mass influx of asylum-seekers — many from Muslim-dominated countries.

"The far right in Europe is more popular today than it was at any time in postwar history," said Dutch expert Cas Mudde, an associate professor at the University of Georgia.

In the Netherlands and France, centrists and pro-Europe parties held firm, but populists cemented their core vote. But in Germany and Austria the populist backlash made its mark.

Ongoing euro scepticism was supercharged by the mass migration with more than 1.5 million people, many fleeing the civil war in Syria, having landed on Europe's shores since 2015.

Nationalist parties have been quick to exploit simmering resentments.

The first boost to populists came in March when the Dutch anti-Islam Freedom Party of Geert Wilders became the second force in parliament.

Then followed the French National Front (FN) of Marine Le Pen, which took nearly 34 percent of votes in the May presidential run-off won by Emmanuel Macron.

This was double the score Le Pen's firebrand father and FN founder Jean-Marie obtained in the second round in 2002.

September saw Germany's Islamophobic and anti-immigrant Alternative for Germany (AfD), founded in 2013, enter the Bundestag — the first far-right party to do so since the end of World War II.

Last but not least, Austria's anti-immigration Freedom Party (FPOe) got a near-record result of 26 percent in October and on Friday became the junior coalition partner in the rightwing government of leader-in-waiting Sebastian Kurz, 31. 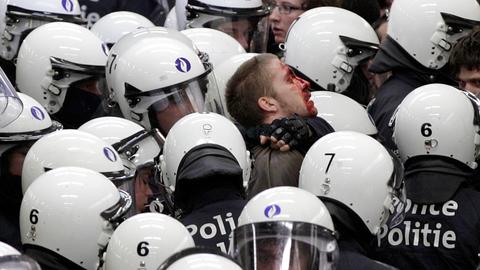