It is the first time that the European Parliament has paid tribute to a leader in such a way.

The EU paid an unprecedented tribute on Saturday to former German chancellor Helmut Kohl, one of the architects of modern Europe, in a ceremony attended by a host of leaders.

Kohl, who oversaw German reunification and was a driving force in Europe's integration, died on June 16 at age of 87.

Ceremonies at the European Parliament begin a day of commemoration and mourning, culminating in his burial in the German town of Speyer.

At his widow's request, there will be no state funeral in Germany.

The former chancellor's coffin was to the parliament chamber in the French city of Strasbourg where his successor, Chancellor Angela Merkel, French President Emmanuel Macron and former US president Bill Clinton gave speeches.

The speeches and a short film played to the chamber focused on Kohl's role in German unification after the fall of the Berlin Wall in 1989 and on his close cooperation with France's Francois Mitterrand in shaping the European Union.

The idea for a ceremony was proposed by European Commission chief Jean-Claude Juncker, whom Kohl affectionately called "junior" when the Luxemburger became prime minister at the age of 41.

On Kohl's death, Juncker described him as "my mentor, my friend (and) the very essence of Europe".

The parliament building in the city on the Franco-German border will be ringed by steel. More than 2,000 police will be on duty to protect the visiting dignitaries.

After the ceremony in Strasbourg, Kohl's coffin will be taken by helicopter to the German city of Ludwigshafen where it will be transferred to a boat and taken down the Rhine to the southwest town of Speyer for his funeral service.

The arrangements have been clouded by criticism from Kohl's elder son. In an interview with Die Zeit weekly he called the plans "unworthy" of his father's role in Germany's history.

Walter Kohl, whose mother was the late chancellor's first wife Hannelore Kohl, criticised the lack of a state funeral, which was refused by Kohl's second wife Maike Kohl-Richter.

Kohl married Kohl-Richter, 34 years her husband's junior, when he was 78.

One of the reasons for her refusal was lingering anger at Merkel's treatment of her former mentor.

Merkel ousted Kohl from the leadership of the Christian Democratic Union (CDU) and urged the party to drop him when he became embroiled in a party funding scandal.

Walter Kohl wants his father's coffin to be taken to the German capital for "a national homage, an ecumenical requiem and a military farewell ceremony" near the Brandenburg Gate, where the German leader witnessed the fall of the Berlin Wall.

Because of a long-running feud with his stepmother, who jealously guards her husband's political legacy, Walter Kohl had not had contact with his father for many years and said he learned of his death from a radio report.

He says he will not take part in the burial in Speyer. 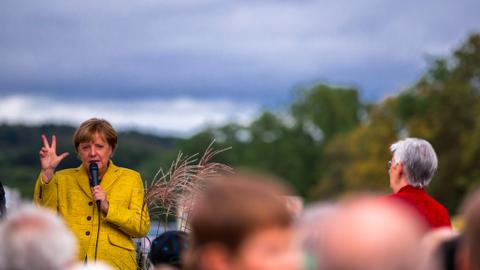 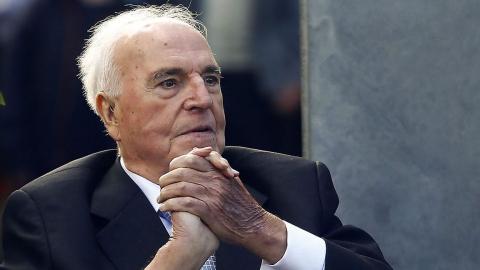 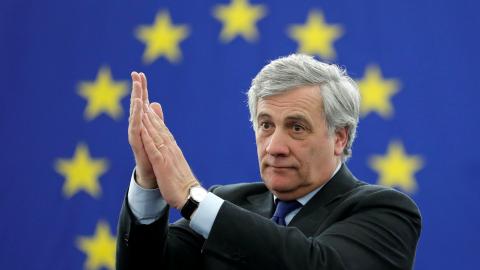