Demonstrators gather for the 16th straight weekend in Paris and other cities to protest President Emmanuel Macron's economic policies which they say favours country's rich.

French Yellow Vest protesters gathered for the 16th straight weekend in Paris and other cities on Saturday to show they were still against the government's economic policies they see as favouring the rich.

In Paris, protesters gathered at the Arc de Triomphe monument as a march was planned through the well-off western neighbourhoods of the capital.

French President Emmanuel Macron on Friday reiterated a call for calm, pointing at "unacceptable" outbreaks of violence since the movement began in November.

Organisers said they want to maintain pressure on the government as a two-month "grand debate" initiated by Macron to let ordinary French people express their views on the country's economic and democratic issues ends this month.

"We continue our Saturday protests because Macron simply does not answer to our demands," Sophie Tissier, Yellow Vest coordinator said.

"He is stubborn and obstinate, and we will continue to demonstrate every weekend until he listens to what we have to say."

French Economy Minister Bruno Le Maire told Public Senat Television that the demonstrations had incurred a "very high cost" of an estimated 0.2 percent on the country's growth from the last quarter of 2018 to the first of 2019.

Last month, the International Monetary Fund said in a report that it had lowered its expectations for the country’s growth in 2019 to 1.5 percent due to the demonstrations. 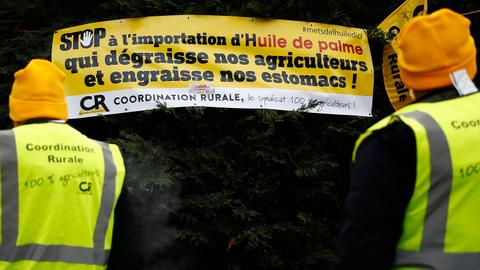