1
Why are the origins of so many Covid-19 cases still a mystery?
2
UN: Greenhouse gases rise despite Covid-19 lockdowns
3
The Ataturk Arboretum: a live plant museum in the midst of Istanbul
4
'Trapped in my house': Violence against women rises in Covid-19 pandemic
5
China readies Moon probe to bring back lunar rocks

European countries reintroduce stricter measures to try and slow down the spread of Covid-19 weeks after they believed they had triumphed over the pandemic.

The European Union's disease control agency has joined frantic health workers to sound the alarm over a coronavirus surge across the continent, as the World Health Organization warned of an "exponential" rise in infections.

Even countries that avoided severe outbreaks during Europe's first wave of contagion in the spring have watched their case numbers surge, with Germany's death toll passing 10,000 on Saturday.

Governments have reintroduced containment measures to slow the renewed spread of the virus in nations that only weeks earlier believed they had triumphed over the crisis.

But populations weary of social isolation and economic hardship have pushed back against fresh restrictions, including overnight clashes in hard-hit Naples between Italian police and hundreds of protesters.

The continent was facing a major threat to public health and a "highly concerning epidemiological situation," said Andrea Ammon, director of the European Centre for Disease Prevention and Control (ECDC).

The agency said all EU countries except Cyprus, Estonia, Finland and Greece fell into a "serious concern" category, as did the United Kingdom, up from just seven a month ago.

After Spain became the first European country to officially record a million Covid-19 cases earlier in the week, Prime Minister Pedro Sanchez said Friday the real number of infections was likely more than triple that number.

Urgent new restrictions on daily life have come into effect in several nations, with France extending a curfew to cover 46 million people.

Parts of Italy including the capital Rome went under curfew late Friday, prompting a call to protest on social media that saw hundreds of demonstrators in Naples throw objects at police and set rubbish bins on fire.

The country is reeling from its worst post-war recession after a gruelling two-month national lockdown prompted by one of Europe's worst outbreaks, and authorities have so far been reluctant to repeat the drastic quarantine restrictions seen then.

Wales entered a full lockdown on Friday evening, a day after Ireland shut down, while Poland adopted a nationwide "red zone" lockdown mandating the partial closure of primary schools and restaurants.

Only Sweden, which famously refused to lock down earlier this year, continued to stick to its guns despite a rise in cases.

Across the planet, Covid-19 has now claimed the lives of 1.1 million people and infected close to 42 million, with the WHO warning the northern hemisphere was at a critical juncture.

"Too many countries are seeing an exponential increase in Covid-19 cases and that is now leading to hospitals and intensive care units running close to or above capacity," said WHO chief Tedros Adhanom Ghebreyesus.

These maps aim to support the @EUCouncil Recommendation on a coordinated approach to the restriction of #FreeMovement in response to the #COVID19 pandemic in 🇪🇺 and the UK.

Belgium has seen one of Europe's deadliest per capita outbreaks and has found itself suffering some of the highest second-wave infection rates in Europe.

"We're losing. We're overwhelmed. We're bitter," said Benoit Misset, head of the intensive care unit at the University Hospital in the city of Liege, where several of his staff are having to work despite being positive -- if asymptomatic -- themselves.

Work has continued on the international quest to find a vaccine for the disease, with clinical trials for one candidate developed by AstraZeneca and Oxford University resuming in the United States on Friday, six weeks after a test subject became ill.

US presidential hopeful Joe Biden said that if elected he would mandate free coronavirus vaccines for all Americans.

"Once we have a safe and effective vaccine, it has to be free to everyone -- whether or not you're insured," Biden said in a speech laying out his pandemic response plan just 11 days before the November 3 election. 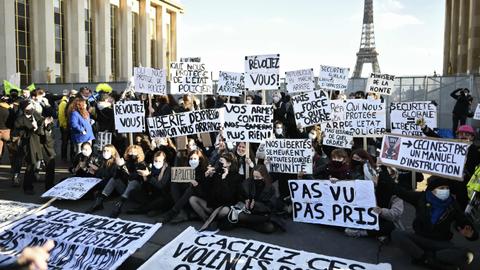 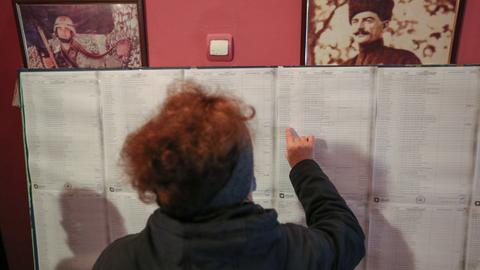 1
Why are the origins of so many Covid-19 cases still a mystery?
2
UN: Greenhouse gases rise despite Covid-19 lockdowns
3
The Ataturk Arboretum: a live plant museum in the midst of Istanbul
4
'Trapped in my house': Violence against women rises in Covid-19 pandemic
5
China readies Moon probe to bring back lunar rocks