Prime Minister Jean Castex says conclusions can't be drawn on the April 24 runoff at this stage, adding that "we have to convince the French that Emmanuel Macron's programmes are the best for France".

French Prime Minister Jean Castex has said his government would resign if Emmanuel Macron is re-elected president, in a bid to provide a "new impetus" for Macron's centrist party ahead of the June parliamentary polls.

If he is re-elected, "in the subsequent days, as is the tradition, I will present the president with my resignation and that of the government", Castex told France Inter radio on Tuesday.

"I'm among those who think a new impetus should be found after the president's re-election," he added.

There has been speculation that European Central Bank chief Christine Lagarde could be offered the post of prime minister, although she sidestepped a question on the issue at a press conference last week.

Macron is facing a close race in the run-off on Sunday against far-right veteran Marine Le Pen, with analysts warning that low turnout could prove a wildcard even though most polls show Macron in the lead.

Castex said Macron was not guaranteed to win the runoff.

"The game isn't over yet and we certainly can't draw conclusions... that this election, this match, is already decided," Castex said.

"We have to convince the French that Emmanuel Macron's programmes are the best for France and for them."

Opinion polls currently put the Macron at 53 to 56 percent against 44 to 47 percent for Le Pen, in a much tighter finish than in 2017, when the same candidates faced off but Macron carried the vote with 66 percent.

The parliamentary vote in June will be a further test of Macron's popularity.

Renewing his majority will be essential for pursuing his reformist agenda, including an overhaul of the pensions system that would require most people to work longer before retiring.

Macron and Le Pen will face off on Wednesday evening in their first televised debate of the campaign.

It could prove critical for winning over millions of voters, in particular on the left, who have told polling firms they remain undecided. 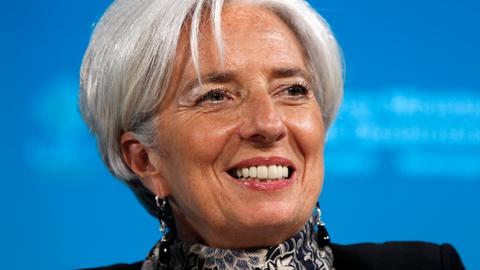