German prosecutors are seeking to extradite separatist leader Carles Puigdemont to Spain, where he faces trial for his role in organising an independence referendum.

A German court ruled on Thursday that former Catalan leader Carles Puigdemont can be released on bail pending a decision on his extradition to Spain, saying the most serious charge Puigdemont faces isn't punishable under German law.

The state court in Schleswig said the 55-year-old ex-president of Spain's Catalonia region could leave a prison in northern Germany with a 75,000-euro ($92,000) payment. It wasn't immediately clear when Puigdemont would be released.

Puigdemont was detained in Germany on a Spanish arrest warrant as he attempted to drive from Finland to Belgium on March 25. He fled to Belgium after Spain's prime minister removed him from office and a sedition investigation was launched against politicians who led Catalonia's declaration of independence in October.

Spanish authorities accuse Puigdemont of rebellion and misuse of public funds in organising an unauthorized referendum last year on the region's secession.

German prosecutors argued earlier this week that the main charge of rebellion is equivalent to Germany's criminal offense of treason. German law calls for prison sentences for anyone who "undertakes, by force or through threat of force" to undermine the republic's existence or change its constitutional order.

However, the court disagreed on Thursday, saying Puigdemont can't be extradited for rebellion. It found that the accusations against Puigdemont don't satisfy the precedents set by previous German rulings, which call for a use or threat of force sufficient to bend the will of authorities.

"That is not the case here," the court said in a statement.

The German judges will consider Puigdemont's extradition on the less serious charge of misusing public funds. They said there was no indication he could be "exposed to the danger of political persecution."

The court said that because Puigdemont can't extradited for rebellion means he posed less of a flight risk and could be released on bail.

Frauke Holmer, a spokeswoman for the court said that in terms of Puigdemont's bail conditions, he was not allowed to leave Germany without the permission of prosecutors. He would also be required to report to police at least once a week.

She said that if the court did decide to extradite him on the corruption charges, the courts in Spain could not charge him with the rebellion charges.

The Spanish government said it respected the decision of the German court.

"The government never gives an opinion on court decisions, especially when it concerns court decisions made in another country. It always respects them, whether it likes them or not," a government spokeswoman said. 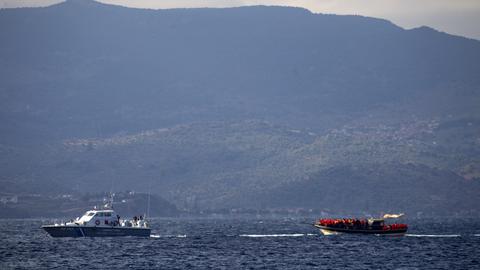