The four imams are accused of spying for Turkish intelligence on suspects allegedly linked to a failed attempt to overthrow the Turkish government last year.

German police on Wednesday raided the apartments of four Turkish imams, who are members of the Turkish-Islamic Union for Religious Affairs (DITIB), in the states of North Rhine-Westphalia and Rhineland-Palatinate.

The imams are suspected of spying on behalf of Turkish intelligence on a network linked to the US-based cult leader Fethullah Gulen, who is accused of being behind a coup attempt to overthrow the Turkish government in July last year.

The Federal Public Prosecutor's Office (GBA) said in a statement that the imams acted on an order issued on September 20 last year by the Turkey's religious affairs authority, the Diyanet.

"The suspects are suspected of having collected information about members of the so-called Gulen movement and passing it on to the general consulate in Cologne," the GBA said.

Wednesday's searches were aimed at finding more evidence to link the suspects to espionage activities, the GBA added.

A DITIB spokesman Bekir Alboga rejected the allegations and underlined that the investigations were not being carried out against the association or its mosques.

"The investigations are looking into individual imams who are accused of collecting and passing on information illegally," spokesman Bekir Alboga said, adding that DITIB was not the official employer of the imams.

"We represent almost 50 percent of the mosques and a majority of the Muslims in Germany who pose no kind of danger," he said.

The DITIB is Germany's largest association of mosques which brings imams from Turkey to serve the community of some three million German citizens with a Turkish background.

"It is very clear that the influence of the Turkish state on DITIB is big. The association must plausibly disengage itself from Ankara," German Justice Minister Heiko Maas said in a statement.

Last month the GBA launched an investigation into Turkish intelligence operations on German soil after a lawmaker filed a criminal complaint.

Austria is also investigating whether Turkey has been operating an informer network via its embassy in Vienna that targets Gulen followers on its soil.

At least 240 people were killed when rogue army officers allegedly linked to Gulen tried to overthrow the Turkish government on July 15 last year. Turkey has requested Gulen's extradition from the United States so he can answer to allegations of his involvement in the putsch.

Ankara has also accused Germany of harbouring members of the PKK and the DHKP-C. Both organisations are recognised as terrorist groups by Turkey, the US and the EU. 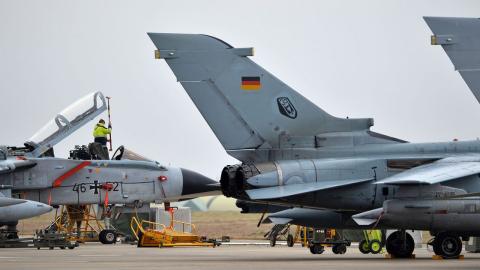