The court based its ruling on Nikola Gruevski, Macedonia's prime minister, on evidence from audio collected during a wiretapping scandal in 2015.

Macedonia's prime minister, Nikola Gruevski, was sentenced to two years in prison on Wednesday for fixing a tender for the government to buy a bullet-proof Mercedes Benz, the first of six cases filed against him.

Gruevski was charged with using his influence over a tender commission member to promote a specific car dealer to supply the Mercedes. In return, Gruevski got a kickback from the dealer, prosecutors said.

Wednesday's case was the first against Gruevski brought by a special prosecutor, who was appointed as part of an agreement brokered by the European Union in 2015.

Gruevski, the former leader of the nationalist VMRO-DPMNE party, stepped down as prime minister in 2016 after ruling for 10 years. His departure and new elections were also part of the EU agreement.

The EU stepped in after Macedonia was thrown into political turmoil when opposition parties accused Gruevski and his counter-intelligence chief of orchestrating the wiretapping of more than 20,000 people. 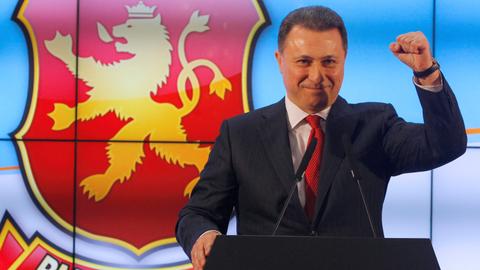